4 Tips for Transitioning Chicks From Brooder to Coop

Birds who've spent their whole lives in a brooder might be shocked or stressed at an abrupt transition to a coop. Here's how to make that easier. 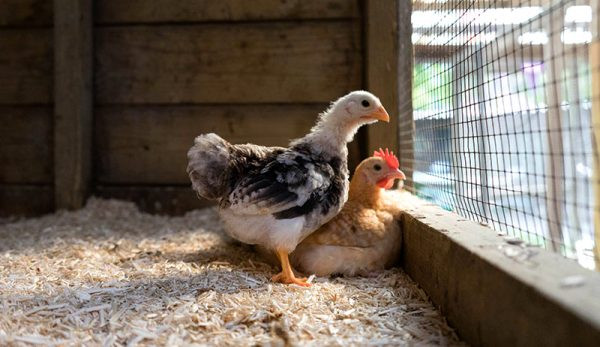 Chicks: Who doesn’t love having those adorable little bundles of fluff around? Well, at least until they hit that ugly, gawky stage where they’re all neck and leg and when their down trades places with burgeoning feathers. Nope, they’re not so cute at that transitional “teenager” stage. Most of us weren’t. Fortunately for us, our parents didn’t kick us out of the house. But for poultry, this stage is when it’s time to move out to the coop.

You had a feeling that this was coming. The brooder that seemed so immense when they were day-olds barely provides them with enough space to move. You long ago swapped out their baby waterer for an adult-size font. The cute peeping gave way ages ago to pained squeals as the young ones step on and peck at each other. And the dust! The dust is pretty much everywhere.

Yes, folks, your babies are just about ready for the coop. While each breed’s young develops at a different rate, by the time the little ones are fully featheredâ€”usually between six to nine weeks of ageâ€”it’s time to transition them to the outdoors.

Be aware, however, that moving chicks outside doesn’t simply mean plunking the poor, confused babies into a huge, scary, unfamiliar coop and shutting the door. I personally know three chicken keepers who did this, then consulted with me as to why their once-loving chicks were so fearful, weak and sicklyâ€”or dead. To ensure that your young flock thrives in its new home, follow these four steps to transition success. 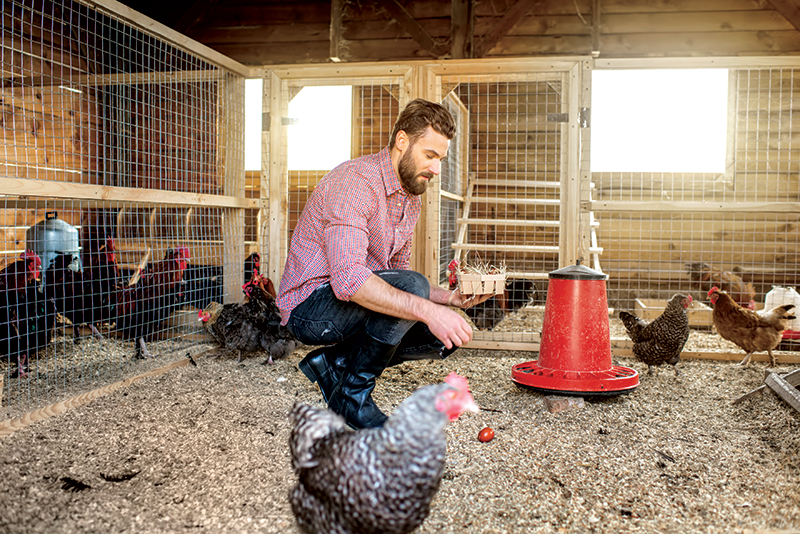 ShutterstockA coop for adult chickens is not necessarily equipped to receive younger birds. Perches installed at a height intended for a full-grown flock might be out of the reach of juveniles. The same might be true of hanging feeders and of watering systems featuring nipple drippers. When setting up your coop, tmake all of these adjustable so that, as your birds grow into their maturity, the perch, feeder and waterer can be raised to heights more appropriate for them. If your coop is elevated, make certain that the ramp you install is at a gentle enough angle to allow the little chickens to reach their pop door. 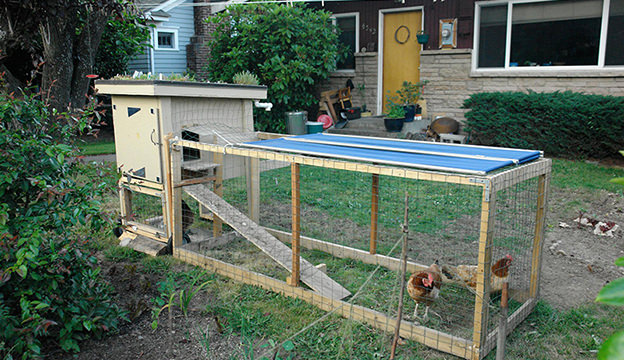 Josh Larios/FlickrIf your growing chicks will be contained within a chicken run, inspect the area thoroughly for potential safety issues. Use a hard rake and shovel to even out the ground, remove protruding roots and fill any holes made by burrowing animals. Carefully check the run’s human-access door, installing springs or other safeguards to ensure that it cannot slam shut on a curious little bird. Protect your young ones even further by installing quarter-inch hardware mesh to a minimum height of two feet from the ground along the entirety of the run’s fencing. The ultra-narrow openings in quarter-inch mesh prevent chicks from poking their heads through the fencing, or from being grabbed by something reaching in. 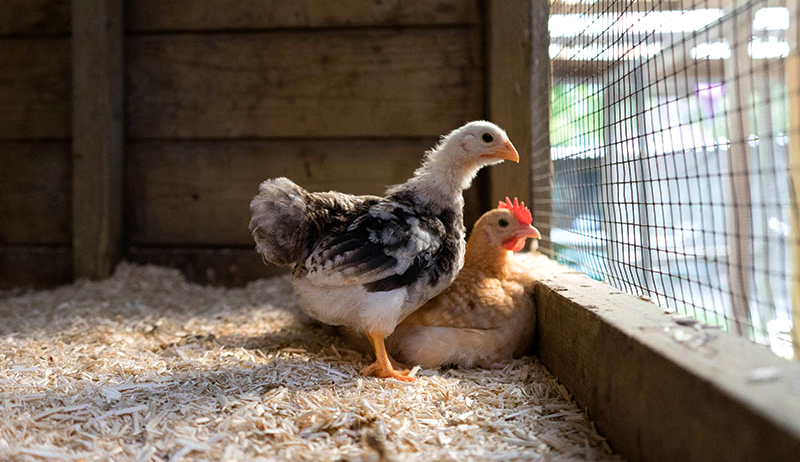 ShutterstockHaving spent their entire lives in a cozy brooder, the members of your young flock might stress out when suddenly confronted with so much open space. Ease your birds into their new area slowly, starting with a one-hour test on a sunny afternoon. Bring out their feeder and waterer so they can drink and eat from something familiar. Step away when you sense that your reassuring presence is no longer needed, but stay nearby just in case. Slowly increase their time in the run until they are happily spending four or five hours outside. At this point, open the coop pop door, allowing the young chickens to discover it on their own. Continue building up the flock’s time in the run and coop, but moving the feeder and waterer to their designated spots inside the coop. You might have to bring a chick or two over and dip their beaks into the water to spread the word that everything’s inside now. Eventually, your little birds will return to the brooder only to sleep, until the day that they all decide to roost on the perch inside their coop.

You’ll be understandably nervous the first time you transport your chicks back to their brooder, only to find them settled in and snoozing inside their coop. Before you securely close the coop doors and run gate for that first night, take a head count to make sure everyone is inside, then leave your little ones on their own. Set your alarm clock for an early hour; your juveniles might be a little disoriented to wake up in a strange location, and your reassuring voice will help calm them as you open their pop door. They’ll peek out with uncertainty at first but, once they recognize their outdoor play area, they’ll eagerly dash out. Be there again as dusk approaches and they start heading in. Once again, your familiar voice as they head into their new quarters will reinforce that this is exactly what is expected of them.