Chicken CSI: Identify Predators by the Marks They Leave

We hope your chickens never get attacked, but if they do, learn to examine them and ID the predator so you can take precautions in the future. 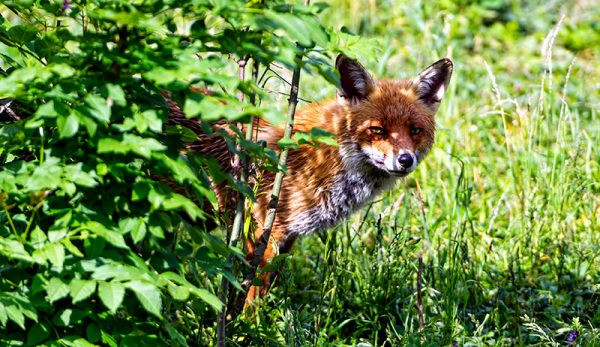 Tara and her young son, Beckett, had started the morning like any other: a short stroll in their backyard to the coop where their four hens lived. As they drew closer, however, Tara sensed something wrong. She told Beckett to wait, then approached the henhouse slowlyâ€”only to see a quartet of bodies slumped on the ground, motionless. Quickly, she took a confused Beckett back to the house and, once he was occupied, returned to investigate.

“It was like something made a hole in their chests and sucked the insides out. What did that to my chickens?” she asked me.

I get this question far too often. I hate to hear how birds, sometimes entire flocks, get decimated by nocturnal and diurnal predators. It’s happened to our flocks a handful of times over the years, enough so that I can look at a victim and identify the predator, whether raccoon, dog, weasel, fox, coyote or other.

I hope you never experience this, but if you find your flock has been attacked, here is a reference guide to help you identify the predator so that you can take proper precautions in the future.

If you find your chicken with its head missing, chances are the attacker is a raccoon or a bird of prey, such as a hawk. Birds of prey will swoop down and scare chickens, who sometimes jump up in fear and get their heads caught in the netting or mesh that covers their run. A hawk or other bird of prey will then grab the head with its powerful talons and rip it off. Raccoons will also rip the heads off chickens through fencing, often reaching through at ground level to grab a chicken and pull its head off, leaving its body on the other side of the fence.

A chicken whose mortal injury was the loss of a limb, such as a leg or a wing, was the victim of a raccoon. In this case, the raccoon reached through the fencing and caught hold of your bird’s limb instead of its head.

Wounds Near the Vent; Entrails Pulled Out

If your chicken is alive, with bite marks and lacerations around her vent, or if your bird is deceased, with intestines pulled out through her vent, the predator in question belongs to the weasel family. Weasels, minks, ferrets, badgers and martens wrap themselves around their prey’s body and attack the vent area. Members of the weasel family will also bite a bird at the base of the skull to kill it before feeding.

This gruesome carnage signifies a common poultry predator, the raccoon. This type of predation pattern often occurs when a raccoon has gotten into a coop at night. It will typically feed on one or two chickens in this manner, then depart, leaving the remains behind.

If one of your birds seems to have simply disappeared, or if there is nothing but a scattering of feathers in the coop, run or yard, the probable culprit is a fox. Foxes tend to kill or severely injure their prey, then carry them back to their dens, often to feed their kits. Coyotes and bobcats are also known to carry off their prey, as are hawks, owls and other birds of prey.

If you are missing one or more chicks, you might have a rat or opossum problem. Both predators grab infant poultry off an unguarded nest and carry them away. Rat snakes also prey on chicks, eating them whole. Another carnivore that targets chicks is the domestic cat, which tends to carry chicks off to play with this lively new toy elsewhere.

A number of predators prey on poultry eggs. Snakes swallow eggs whole. Rats carry eggs away a short distance, then eat them. A skunk punches a hole into an egg, then sticks its muzzle in to lick out the contents. Raccoons and opossums tend to crush eggs to eat them, leaving behind a mess of mashed shell and oozing interiors. Blue jays and crows are known to occasionally prey on poultry eggs.

If you’ve found one or more of your birds dead with no apparent sign of foul play, your problem might be a dog. Descended from wolves, dogs still have a strong instinct to hunt and might harass and frighten your birds. In their panic to escape, your birds might pile up in a corner, one on top of the other, resulting in the suffocation and death of those on the bottom. A dog might also target a free-ranging bird, playing with it until the bird finally stops moving.

If the injuries that killed your hen don’t fit any of these patterns, among the predators stalking your flock might be an opossum or a feral cat. Both attack grown birds in a random fashion, doing whatever it takes to bring the prey down. We caught an opossum in the act of tearing the beak off our Araucana cockerel, Eduardo. The opossum did not survive that encounter, and poor Eduardo had to be euthanized. One of our Orpington hens, Mariel, encountered a feral cat in the woods. Fortunately, I found and rescued her, treated the horrible lacerations to her sides and belly, andâ€”three years laterâ€”Mariel is still with us.

My friend Tara is still heartbroken about her hens, whom she had raised from baby chicks she purchased several years ago. This incident won’t stop her from raising chickens again, though. She already plans to try again next springâ€”as long as she and her husband have fully secured their coop and run from further attacks by raccoons and other predators.