Help! My Chicken Ate Something Terrible

Rocks, cigarette butts, small mammals—chickens eat some alarming things. As it turns out, most of them are not cause for concern. 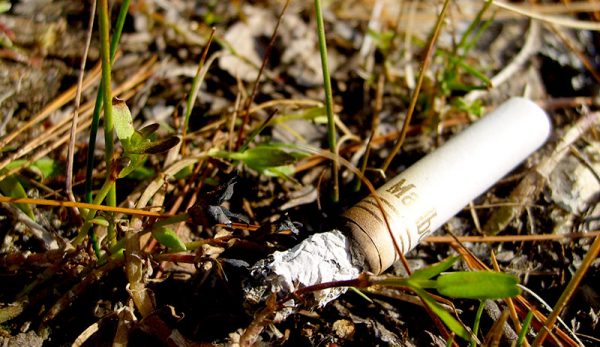 We know that our chickens are omnivores. They devour most anything: sunflower seeds, insects, fridge leftovers, whatever. Show up by their coop with any kind of container and you’re swiftly surrounded by insatiable, inquisitive birds. In fact, their appetite seems to be rivaled only by their curiosity. Combined, these two traits might result in headaches for owners—but not heartburn for our chickens.

Like goats, domestic fowl can consume an astounding array of substances that we would find flabbergasting and, in some cases, downright scary. At least once a week I receive an email or other type of message from a panicked poultry-keeper asking for assistance because a chicken ate something alarming. Fortunately, most of our worries are unfounded. Read on.

Watching a beloved hen slug back a stone can be quite disquieting, especially if you’re new to poultry-keeping. If your chicken has choked down a rock, rest assured that there’s little cause for concern. Because they lack teeth, chickens routinely swallow rocks as a digestive aid. These rocks are stored in the gizzard, where they grind incoming food, breaking it down before it moves along to the bird’s stomach. Offering your flock poultry grit will minimize occurrences of stone swallowing.

I remember the first time I saw a chicken eat anything other than the food I’d provided. A tiny field mouse had the extreme misfortune to emerge not just in the middle of our Orpington run but right in the middle of the flock itself. The birds had gathered expectantly, waiting for me to toss them some safflower seeds. The mouse was far more appetizing than anything I had to offer. Over the years, I’ve watched my birds eat snakes, frogs, lizards and even small sparrows. It might be disconcerting for us, but it’s perfectly natural for them, given their saurian ancestry.

These are one of the most common objects flock owners report to me as having been eaten by their birds, who turned up tossed-aside filters with their scratching. While cigarette butts barely rank as edible, they do contain some natural components — paper, rayon and activated charcoal — and they will ultimately pass your chicken’s digestive system.

Shiny, glossy and bright, buttons attract birds like candy attracts kids. Children’s clothing is the most common source of these colorful culprits, which pop off while kids play. Chickens then discover them while foraging, find them irresistible and gulp them down. As they are typically made from undigestible plastic and metal, buttons will travel through a bird’s digestive tract and eventually exit.

Easily mistaken for a worm, string is another item commonly ingested by chickens —and one you should watch. While your bird might pass a whole piece of string, sometimes only part of it exits while the rest awaits its evacuation notice. Should you see string dangling from your chicken’s vent, do not pull on it. This can cause severe and irreparable damage to your bird’s intestinal tract. Leaving it hanging, however, is just as dangerous: Your other chickens, fueled by their voracious curiosity, might peck and grab at the string with similarly dire results. To safeguard your string-eating bird, use a pair of snips or sharp shears to cut the exposed portion, then dispose of it in an appropriate trash receptacle.

Regardless of what your bird might have ingested, watch for any unusual behavior. If your chicken stops eating, drinking or eliminating, if it becomes listless and keeps itself isolated, if its crop feels enlarged and hard, contact your veterinarian immediately for medical assistance.