6 Ways to Find Names for Your Chickens

Do you draw a blank when you try to name new members of your flock? Use one of these methods to assign your chickens names. 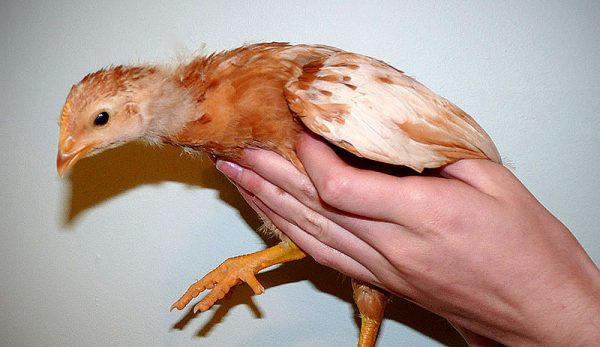 When raising and keeping chickens, we have plenty of things to consider. What breeds should I raise? What coop should I purchase? What rations should I feed my flock? Should I provide artificial lighting? Should I let my birds free range? Such questions confront us at least once during our poultry-rearing careers. As if this weren’t enough, another important consideration throws many chicken-keepers into a mental quagmire: What will I name my chickens?

While it might seem trivial, it frequently leaves novice and experienced flock-keeper alike at a loss. We can find a dozen ways to safely rig a brooder lamp, but come up with a dozen names for our baby chicks? Our cerebral light bulb flickers and goes dark.

If you can’t decide what to name your chooks, try one of these six schemes to give your birds their individual identities. (Here are 65 of our favorites.)

1. A Breed’s Place of Origin

We named our Ancona chickens Baci, Francesca, Azzurra and other Italian names. This reflects the breed’s origin in the Marche region of Italy. Similarly, our French Marans got names such as Marie, Suzette and Estelle, while our English Orpingtons received traditional British names such as Thomas, Elizabeth, Anne and Mary. Determine where your breed originated, then select names associated with that region, nationality or ethnicity.

When we decided to breed Ameraucanas, my mind jumped to an ideal source for all-American male and female names: U.S. presidents and first ladies. Over the years, we’ve had Kennedy, Lincoln, Hillary, Ladybird, Barbara and Jacqueline, with Jefferson being the current commander-in-chief of our coop.

What comes to mind when you see your breed’s name? If you raise Plymouth Rocks, try names of the settlers who arrived in North America on the Mayflower. If Javas comprise your flock, there’s a world of coffee-related terms you can use. If you focus on Frizzles, check Wikipedia for “The Magic Schoolbus.” Raise Japanese Bantams? You can go with anime, sushi, karate or another aspect of Japanese culture.

Does your chicken remind you of something? One of our Buff Orpingtons reminded our son Jaeson of pancakes, so we named the bird Flapjack. Because my original Blue Silkie rooster reminded me of those furry Russian hats, I named him Romanoff; all of our Blue Silkies have since had Russian names. Take a good look at your birds and see what springs to mind. One caveat: Wait until they are fully feathered. A few years ago, we hatched a sweet little butter-colored chick that won our sons’ hearts. They dubbed her Butters, which is her name to this dayâ€”despite the fact that she is a Mottled Orpington and her feathers are black and white.

Our neighbor Carol had a hot-tempered little rooster whose personality earned him the name Feisty, while we have a Lemon Cuckoo Orpington who preens, struts, acts like she’s a little princess and sports the name Diva. Christina Bednarski named her Polish rooster Flight Risk because he always tried to escape from his coop, while her favorite hen is named Honey because of her sweet temperament. You might have a Speedy, a Bossy or even a Smartypants amongst your chickens. Chickens have so many different personalities, so choosing the standout traits and naming your birds accordingly should work easily.

I’ve always stated that, should I ever raise Jersey Giants, I will name my birds for the neighbors I had when I lived in New Jersey: Joanie, Karen, Ursula, Maria, Lucia and Doris. Right now, I have a Black Orpington named for my friend and personal trainer Fitz. Accordingly, Fitz’s chick is named for Fitz’s daughter, Ginger. I also named one of our Anconas for my friend Kiki. Sara Jacobs, a woman in a recent Hobby Farms feature called Chicken Chat, said her daughterÂ named her hens after the women and girls in her family.

When they learn that you’ve named birds after them, loved ones are often flattered. However, you might want to check with them before you bestow this honor upon them. When we raised Araucanas, I named those birds after my close maternal relatives (and it was seen by them as a terrible omen when the birds all died).

Sometimes you need look only as far as your own pastimes (besides chicken-rearing, that is) to come up with names for your birds. My friend Sarah named her hens after her favorite board games. (While Twister, Checkers, Payday and Candyland are cute monikers, I’ve always felt a little bad for Headache and Sorry.) My buddy Anton named his after European soccer teams, while my friend Helena named her flock after Game of Thrones characters. What do you like or enjoy? Whether it’s varieties of wine, female superheroes or Caribbean islands, there’s always something you like that can serve as a source of poultry names. Just keep tight reins on your family’s interests. My friend Kama continually tells her daughters that no, they cannot name their pullets after My Little Ponies.