Last weekend, my husband and I finally finished cleaning out the old shed for what we’re dubbing a “Barn Razing.” It’s been a year in the making, so the event of destroying the old structure deserved a quality name. Among things that needed to be thrown away: a nearly empty bag of old straw bedding […] 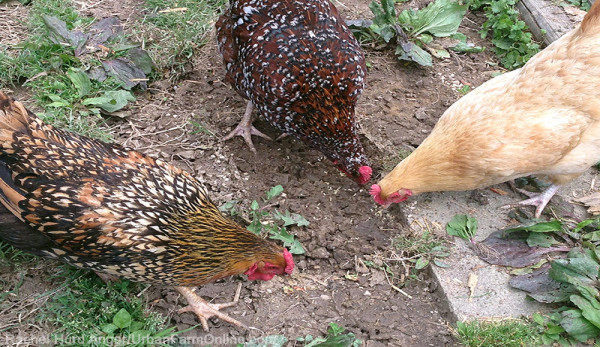 Last weekend, my husband and I finally finished cleaning out the old shed for what we’re dubbing a “Barn Razing.” It’s been a year in the making, so the event of destroying the old structure deserved a quality name. Among things that needed to be thrown away: a nearly empty bag of old straw bedding and some critters living inside it. I carefully dumped the contents of the bag into the compost bin.

Then, of course, in went the hens, pecking and kicking their way through the dry straw. The Speckled Sussex hopped out of the bin with a live baby mouse dangling by its tail from her beak. We watched in guarded horror as Snowball killed the mouse by banging it repeatedly on the concrete patio. Then, we watched her swallow it whole.

Chickens are very good at discerning what they should and shouldn’t eat—so swallowing a mouse whole shouldn’t be concerning at all, however distasteful it seems. I told a friend this story, and she’s since given up eggs until she recovers from the images. I tried to reason with her, defending the true nature of the chicken, but it didn’t work. “Chickens will eat anything!” I said.

But that’s not entirely true.

Bananas? The girls turn up their beaks.

Meat from Subway? They won’t touch it (which is more frightening than the mouse). 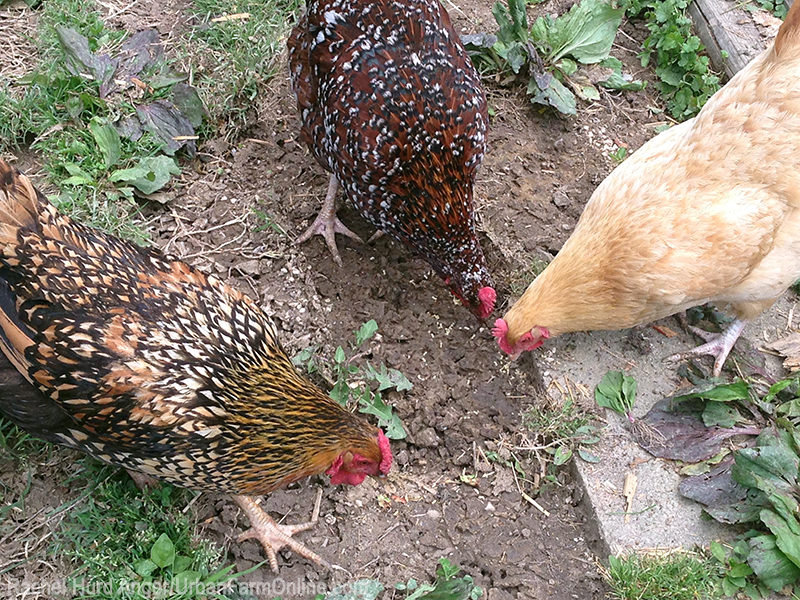 Chickens also won’t eat ants! Of all the pests we’d like to see plucked from our yards, chickens won’t eat them. My girls will gobble down creatures like lizards and mice, and teeny tiny things that I can’t see with my own eyes, but not ants. Maybe ants aren’t tasty. Maybe they bite on the inside before they perish. Maybe they just don’t contain the nutrition that other pests do.

When the Barn Razing was nearly finished, I uncovered an ant colony living under the bricks on the ground in front of where the shed had been. Undisturbed for at least a decade, the ants had built an enormous nest with tunnels right up to the underside of those bricks. Hundreds of eggs were stored directly under the bricks at ground level. Hundreds more ants scrambled from below to move the eggs safely underground.

Three of the pullets moseyed over to inspect my work: the Speckled Sussex, the Buff Orpington and the Golden-Laced Wyandotte. Of course, the girls didn’t touch the ants, but they were completely crazy for the ant eggs. Every 10 seconds or so the girls would run away, shaking off the ants that were swarming their feet and shanks. The ant eggs must have been tasty, though, because the swarming ants couldn’t keep the chickens away from the eggs. They came back again and again to eat more eggs before the ants could move them to safety. As the eggs were dwindling in numbers, the Speckled Sussex finally shooed the other girls away so she could have the rest of the eggs to herself.