Children younger than 16 working on their incorporated family farms might not be able to do so if updates to farm youth-labor laws are passed. 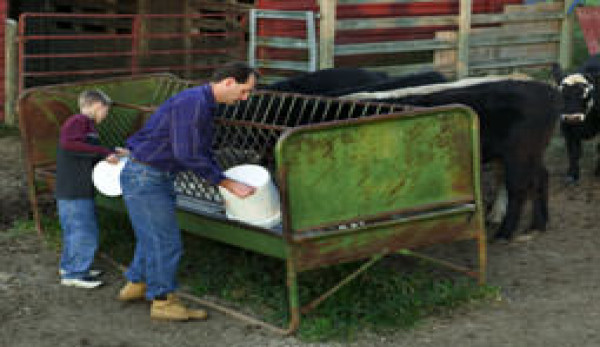 Children who work on the family farm or participate in agriculture-education programs could be affected by proposed changes to federal child-labor laws. TheÂ Agricultural Hazardous Occupations Order was written in an effort to protect children from dangerous situations in on-farm work environments; however, under the proposed changes, the current “parental exemption” would not apply to incorporated family farms, notes Bill Field, farm-safety specialist at Purdue University.

While the U.S. Department of Labor temporarily shelved the legislation at the beginning of February due to complaints that it would erode the tradition of children working on their family-owned farms, Field encourages parents to review the proposal.

“Because the proposed rule changes are 51 pages long, I don’t know that many people understand exactly what’s being presented,” he says. “The changes not only hold the potential for positive but also significant negative effects to youth less than 16 years old who seek employment or are currently employed in agriculture.

“Many small, family farms are incorporated because of the tax advantages,” he says. “But when a farm is incorporated, parents are considered a corporate entity, and they would not be covered by the parental exemption.”

Educational programs, such 4-H and the FFA’s Supervised Agricultural Experience program, in which students work on a farm or in some other agricultural business, also could be affected by the proposed changes.

Due to producer complaints, the USDL agreed to reinstate the “parental exemption” that would allow parents to assign on-farm duties to their children, though Field says many other proposed rule changes could further restrict young people from working in agriculture. There has yet to be a published revision of the legislation.

While Field doesn’t believe the updates to the farm youth-labor laws are ready to be passed in their current form, he says it’s time to update them, as it hasnâ€™t been done since the 1960s.

The public comment period has passed, but Field encourages family farmers to contact their legislator to continue voicing their opinions on the issue. He and his colleagues are offering a free webinar to discuss the proposed legislation at 3 p.m. EST Feb. 29, 2012.Â  For more information about participating, contact Field’s office at 765-494-1191 or email him at field@purdue.edu.