You and your family can reward yourselves for a hard-days work with this easy recipe for chocolate-covered bacon. 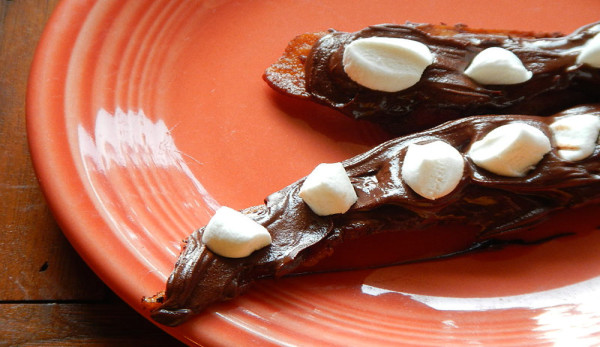 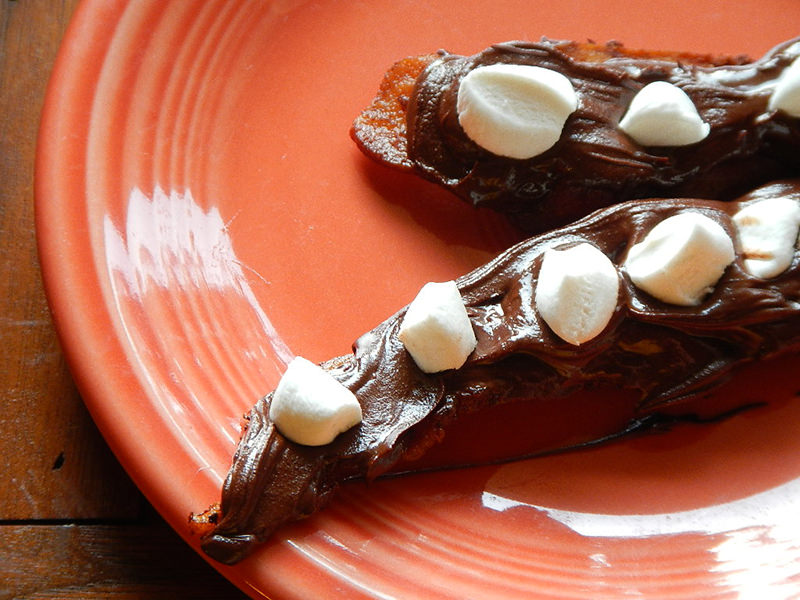 Is my family the last to discover chocolate-covered bacon? Iâ€™d never even heard of it until one of my children suggested covering some leftover bacon in chocolate because, as she said, everything tastes better with bacon! Apparently there are a lot of recipes for this on the Internet, so feel free to experiment if you want. As the harvest season approaches, why not make family night special with this delectable treat?

In light of our previous posts on involving children in the harvest and butchering of animals, I thought weâ€™d lighten up the mood a bit with some of the fun stuff about raising animals for meat. Namely, bacon. Making chocolate-covered bacon with your kiddos is not rocket science, and itâ€™s a delightful way to wrap up a long day of homestead or farm work.

In a skillet over medium-high heat, fry bacon, turning it often. When you reach desired crispness, place bacon on a plate and blot with a paper towel to remove extra grease. Save that lovely bacon fat for use in other dishes.

In a double-boiler over medium heat, melt the chocolate and butter, stirring often. Remove from heat when itâ€™s fully melted and looks glossy. Be careful not to burn.

Dip each bacon piece into the melted chocolate and place on a cookie sheet covered in parchment paper. If you donâ€™t want to risk burning your fingers, you could also spoon the chocolate onto the bacon and smooth it over the top. Air-dry in a cool place, or if youâ€™re in a hurry, place the cookie sheet in the refrigerator or freezer until the chocolate sets. For fun, you can garnish with sprinkles, mini-marshmallows or nuts.

You can also gift-wrap and make a neighborâ€™s day brighterâ€”especially if Iâ€™m your neighbor!

When we lived in North Carolina, we learned that bacon grease used for flavoring and frying is called seasoninâ€™. I asked a gentleman what made his stew taste so divine, and he said, “Seasoninâ€™.â€ť When I asked what herbs and spices were in the seasoning, he couldnâ€™t quite figure out what I was asking because seasoninâ€™ was just bacon drippings. Cultural language barriers aside, fat from pasture-raised bacon is a beautiful mono-saturated fat for cooking.

For those with family members still giving you grief about eating bacon, feel free to share this insightful article on the much-maligned bacon. My family is preparing to receive our first-ever breeding trio of pigs, a heritage breed called Ossabaw, so we can raise our own “slow baconâ€ť on pasture. Do you have any tips for us as we delve into this new farm adventure?

Tessa Zundel is the author of The Do It Yourself Homestead and the voice behind the blog Homestead Lady . She's also the blessed homemaking, homeschooling, homesteading mother of five and the wife of one long-suffering man. She lives on a 20-acre homestead in rural Missouri full of secret forests and hidden ponds that her family lovingly named Winterpast Farm. Follow her on Pinterest: www.pinterest.com/homesteadlady