Choose the Best Dutch Oven for Your Needs

The versatile cast-iron Dutch oven can become your favorite piece of cookware if you keep these seven things in mind when purchasing. 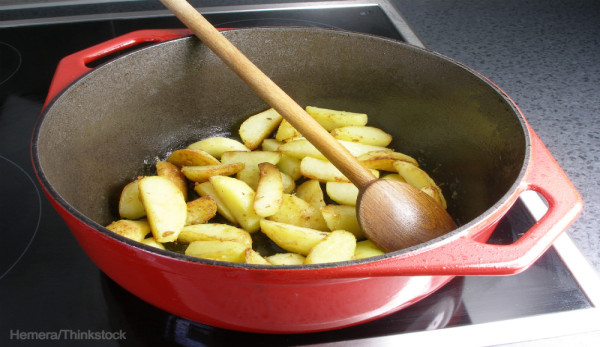 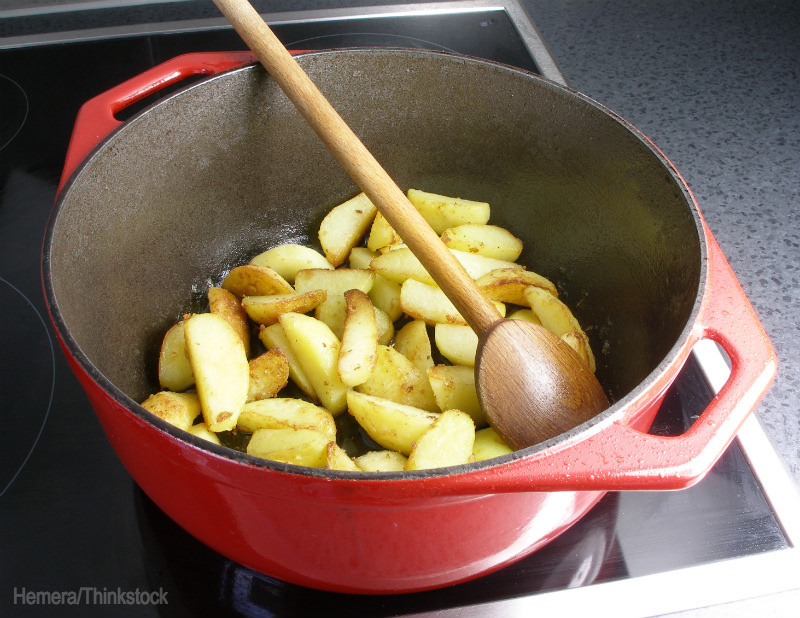 Dutch ovens are possibly the most versatile cooking vessel in a kitchen. You can bake, saut├®, boil, simmer, fry and roast in them. They’re sturdy and usually attractive. They’re so valuable, in fact, they’re the official cooking pot of the state of Utah!

Stepping into a kitchenware store or flipping through a culinary catalog or website can be overwhelming for someone who loves to cook. Searching these placesŌĆönever mind antique stores and second-hand shopsŌĆöin search of a cast-iron Dutch oven is a big job. There are round ones and oval ones, enameled and bare iron, Dutch ovens with legs and without. You need some knowledge of how cast-iron Dutch ovens work to find one that’s right for you. Or, as is the case with Randy “SplatterdabŌĆØ Brown, the chairman of the International Dutch Oven Society‘s board of directors, you can have a whole collectionŌĆö22 cast-iron Dutch ovens, to be exact. (“I do have friends that have more,ŌĆØ he says, calling this affliction “casironitis.ŌĆØ)

There are a multitude of reasons to appreciate cast-iron cooking. The American Dietetic Association says cooking in cast iron adds iron to your food. Brown says he likes the taste better, too. Cooks agree that cast iron retains its heat well, and over a uniform heat source, such as in an oven or on a properly sized burner, it creates even heat. Cooking outdoors over a campfire or charcoal briquettes, however, requires a little more cooking savvy, as Brown points out cast-iron is subject to hot spots from direct flame. Here are some other things to take into consideration when picking out your Dutch oven.

1. New or Antique
Several companies manufacture cast-iron Dutch ovens. Two better-known companies are Lodge and Camp Chef, though there are more budget-friendly brands that will do fine in your kitchen, as well.

Antique cast-iron Dutch ovens can be a valuable find, as well. “There are many of us actually look for those old, rusty pots, because in many cases, they can be restored and still have a lot of life in them,ŌĆØ Brown says. Griswold and Warner are the most popular antique cast-iron brands.

Brown offers one caution in looking for antique cast-iron Dutch ovens: “Hunting for and cooking in antique cast iron is quite a bit of fun but also contributes to the ‘castironitis’ condition.ŌĆØ So you’ve been warned.

2. Lid Fit
Proper lid fit is what creates the “ovenŌĆØ environment inside a Dutch oven. “When you are looking at a new Dutch oven, look very closely at the fit of the lid. It shouldn’t wobble. The lid should also be even with the outside diameter of the top of the pot,ŌĆØ Brown says.

3. Sturdy Walls
The walls of a new cast-iron Dutch oven should already be in good shape, but do check out their thickness. “If the wall thickness appears to be uneven, I would pass on the pot,ŌĆØ Brown says. “An uneven wall thickness will result in uneven heating characteristics.ŌĆØ

Likewise, there should be no cracks or pitting of the metal that could compromise the Dutch oven’s structure.

4. Enameled or Not
Some people like the looks of a shiny, colorful, enameled cast-iron piece, while others like the rustic appeal of bare iron. There’s more to enameling than looks, though.

5. Round or Oval
You’ll find lovely examples of enameled and non-enameled round and oval cast-iron Dutch ovens, and you should consider the shapeŌĆÖs functional purpose when choosing yours.

“When cooking indoors in the kitchen, a round pot on round burners are ideal,ŌĆØ Brown says. “An oblong pot on top of the stove will result in a hot spot roughly the shape of the round burner. Oblong cast iron was really designed for use in the oven where the heat source is uniform.ŌĆØ

6. Size
Dutch ovens come in numbered sizes. According to Utah State University Cooperative Extension, they are as follows:

In choosing a Dutch oven, you want one large enough so you can use it for all of your desired purposes, but not so large that you can’t handle it. Cast iron is heavy on its own, and when filled with your meal, it’s even heavier.

7. Outdoor Use
Camp ovensŌĆöDutch ovens used in outdoor cookingŌĆöcan be found at outdoor stores rather than culinary-supply stores. They have three legs for sitting on a fire, a wire handle for hanging over a fire, and a lid with a lip that prevents briquettes or camp-fire embers from falling off the top. These same Dutch ovens can be used indoors. “The legs can be placed between the wires on the [oven] rack, but I prefer putting the camp oven on a cookie or baking sheet,ŌĆØ Brown says.

However, itŌĆÖs also possible to use a Dutch oven without feet and with a concave lid over a camp fire. “The pot can be hung from a tripod or from fire-irons over a campfire,ŌĆØ Brown says. “It can also be placed on a trivet so that the heat source can be placed under the oven. This was very common in hearth cooking in early America.ŌĆØ

A cast-iron Dutch oven is an item on many farmhouse kitchens’ wish listsŌĆöthe breads, the stews, the desserts and the cooking-experiment options are endless. Take this cast-iron Dutch oven summary shopping with you to be sure you find the one that’s best for your culinary designs.

About the Author: Freelance writer Lisa Munniksma longs for a cast-iron Dutch oven for her indoor and campfire cooking projects. She blogs every week about ag news and opinion for HobbyFarms.comŌĆÖs The News Hog, and you can also check up on her adventures in sustainable living, agriculture and food systems around the world at www.freelancefarmerchick.com.