Chronic Wasting Disease is in the U.S. to stay. Learn about CWD and what it means for local deer populations and livestock. 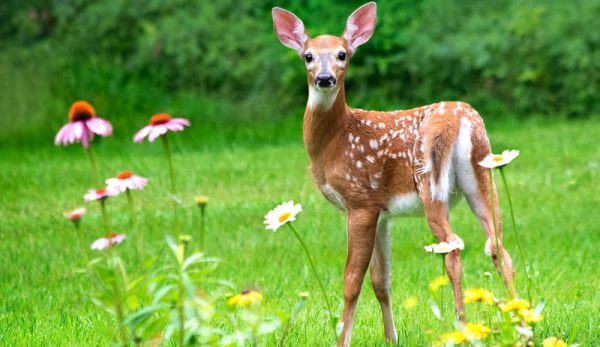 My first encounter with Chronic Wasting Disease (CWD) was on a vet school projector about 15 years ago. Shown grainy photos of skeletal elk and deer, we learned CWD was making its way across the U.S. in an easterly direction. Coming from across the Rockies, this disease was infecting both wild and captive cervids (members of the deer family) and moving toward Indiana (I went to Purdue University) with increasing reports in Michigan.

Fast forward to 2022 and CWD has gone way beyond Michigan. With cases reported in New York, Pennsylvania, West Virginia and now North Carolina, this debilitating disease is here in the U.S. to stay. Hunters, ranchers, park rangers, field biologists and veterinarians are taught to identify affected animals.

So what exactly is CWD? Is it a threat to our domesticated livestock? Is there a cure? Read on to find out more.

All About Chronic Wasting Disease

CWD was first identified in captive mule deer in Colorado in 1967. This disease is progressively degenerative and affects the neurological system, leading to weakness, paralysis and death, primarily from starvation. It’s a wasting disease in every sense of the word.

Similar to some other neurodegenerative wasting diseases like mad cow disease, CWD is classified as a transmissible spongiform encephalopathy, or TSE. TSEs are now understood to be caused by a novel agent called a prion, which is essentially a protein folded in an incorrect way resulting in tissue damage.

Interestingly, prions do not elicit an immune reaction from the host. Prion diseases are typically rapidly progressive and fatal.

Read more: What should you do if your livestock come down with a rare disease?

CWD appears to be easily transmissible between wild and captive deer, elk and reindeer. It can be transmitted through direct animal-to-animal contact or contact with saliva or feces. Carcasses of an infected animal can also be infective, as can soil that has been contaminated with any of these tissues or fluids.

This explains the rapid expansion of this disease across the U.S. Fortunately, there have been no documented cases of CWD in domesticated livestock such as cattle and small ruminants. There has also not been any evidence to show that humans are susceptible.

However, hunters in CWD-known areas are advised to not eat animals that look sick or tested positive for CWD. (Hunters can send samples of neural tissue to certain labs for diagnosis on any kill.) Additionally, hunters that field dress are advised to wear gloves and minimize handling of the brain and spinal cord.

As with the other spongiform encephalopathies, there is no treatment for CWD and no vaccine. Cases are always fatal.

Both federal and state governments have instituted surveillance programs to gather data on this spreading disease. Brain samples from road kill and a percentage of hunted animals are periodically sent to diagnostic labs for testing to find out more about disease prevalence.