Consider These 4 Extra Features When Buying a Circular Saw

You might already know a thing or two about circular saws, but they're a bit more complex than they appear. Here are a few extra features you should look for when shopping for a circular saw. 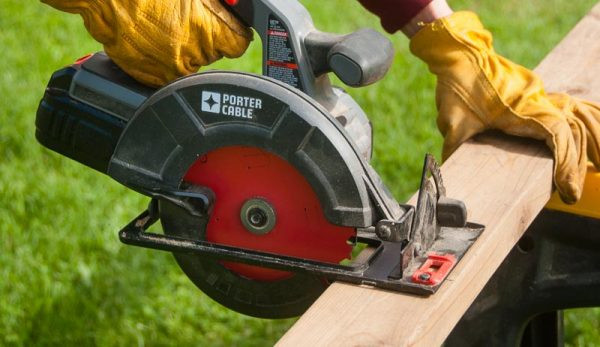 Are you a fan of DIY projects? Do you consider yourself something of an amateur carpenterâ€”or maybe even better than amateur? If you answered â€śyesâ€ť to the above questions, then you probably already know that you need a circular saw in your arsenal of tools. These small, portable saws are perfect for sawing lumber while away from your workshop, making them an ideal tool for active hobby farmers who might be in their garage building a chicken tractor one day and out in a field fixing a fence on the next.

But hereâ€™s the thingâ€”purchasing a quality circular saw isnâ€™t quite as simple as choosing the one with the largest saw blade. While some circular saw features are easy to understand (corded or battery-powered, blade guards, diameter of the blade, and so on), there are many other less obvious features that are just as important to consider.

Letâ€™s look at a few circular saw features you should know about before making a purchase.

Did you know that the position of the motor in relation to the blade is an important factor to consider in a circular saw? Many saws, particularly less expensive ones, have the blade mounted to a shaft extending directly from the motorâ€”the spinning motor literally spins the blade. These are referred to as sidewinder saws.

In contrast, a worm-drive saw uses a special screw-shaped gear called a worm gear to transmit power from the motor to the blade, with the motor mounted at a right angle to the blade. This significantly increases the torque and power of the saw, allowing it to cut through much tougher materials. With the proper blade, a powerful worm-drive saw can even cut through concrete.

Of course, the typical hobby farmer will almost certainly get along just fine with a sidewinder saw, though if some ambitious construction projects are on your agenda, a worm-drive saw offers superior performance for the toughest tasks.

Itâ€™s easy to assume that as soon as you take your finger off the trigger, the blade of a circular saw will come to a halt. However, this isnâ€™t the caseâ€”the blade spins at such a high rate of speed that it can take a significant amount of time to slow down and reach a full stop.

Thatâ€™s why an electric brake is a nice safety feature. An electric brake works by putting the motor in reverse when youâ€™re finished cutting, bringing the blade to a stop much faster than if it were allowed to spin to a stop on its own. The less time the blade spends spinning, the less opportunity for accidents to occur.

It can be a bit tricky to keep circular saws perfectly straight during long cuts, so purchasing a saw with a laser guide can simplify the process. Saws equipped with laser guides shine a precise beam of light from the front of the saw, giving you a clear visual indicator of the path that the saw needs to follow.

If youâ€™re doing any form of fine carpentry, youâ€™ll encounter a need to make angled cutsâ€”30 degrees, 45 degrees and so on. While the majority of saws have the ability to pivot the base plate to change the angle of the saw blade (and thus the resulting cut), if you encounter one that does not, you might want to pass it by. The ability to make bevel cuts is an important feature and one that youâ€™ll probably use more often than you think.

What features do you look for in a circular saw?