The Clun Forest can be used to produce wool, meat and milk. They're an ideal sheep for grass-fed and organic lamb production. 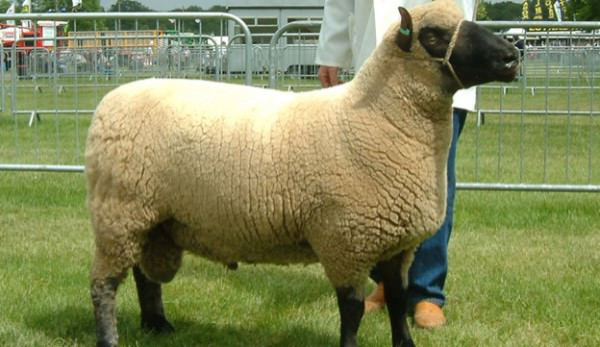 History: Clun Forest sheep are named for the ancient market town of Clun (it rhymes with bun) in the mountainous, southwest corner of Shropshire, England. References dating to 1837 extol the virtues of hardy Clun Forest sheep, although the breed is much older than that–possibly as much as one thousand years old. Of them, W. J. Malden, writing in the 1892 edition of the Royal Agricultural Journal, said, “A well bred Clun ram, as it now stands, is an imposing animal, one which demands admiration for all who possess an eye for a sheep”. The British Clun Forest Sheep Breeders Society was founded in 1925, but it wasn’t until 1974 that American fanciers formed the North American Clun Forest Association, following importation of Clun Forests to Nova Scotia in 1970 and thence to the United States in 1973.

Conformation: Clun Forests are medium-size sheep; rams fall in the 175 to 200 pound range and ewes weigh between 130 and 160 pounds. Clun Forest sheep sport creamy off-white fleece with dark brown faces and lower legs; they are open-faced sheep with attractive, wooly topknots. Clun Forest sheep are amazingly adaptable and hardy; they’re eager foragers and easy keepers. Ewes lamb with ease (twins are the norm) and they’re outstanding mothers with plenty of milk to feed their offspring; thanks to the breed’s good teeth and great longevity, many ewes produce lambs well into their teens.

Special Considerations/Notes: The Clun Forest’s ability to thrive on grass, coupled with a fine degree of parasite resistance, make them ideal sheep for grass-fed and organic lamb production. Beautiful and hardy, they’re also a top choice for hobby farmers looking for fleece, meat, and tasty milk, all in a single, easily kept package.