Scientists at Fresno State who are investigating the use of carbon-dioxide enrichment on open-field crops enter their second year of research. 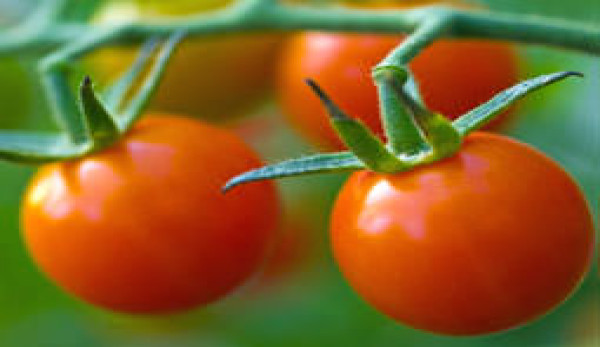 Specially equipped greenhouses hosted a first-of-its-kind agricultural experiment on the Fresno State Agricultural Laboratory campus farm when carbon dioxide gas was applied to tomato plants to determine whether production could be enhanced.

â€śThe main goal of this project is to provide efficient and simple techniques for recycling CO2 emissions in agricultural fields to enhance crop productivity and water-use efficiency,â€ť Cassel Sharma says.

Primary producers of CO2 in California are the transportation sector, power and cement plants, and oil refineries, Cassel Sharma notes. Although CO2 has different industrial applications (carbonation, food preservation and packaging), commercial uses of the compound are relatively small compared to the amount produced.

â€śA novel use of these emissions could be found in the agricultural sector since CO2 is the primary component of photosynthesis and, therefore, plant growth,â€ť Cassel Sharma says. â€śApplication of CO2 around the crop canopy could enhance photosynthesis and thus increase crop productivity and water-use efficiency.â€ť

Previous CIT studies indicate that CO2 enrichment of open-field crops has a good chance of success, according Dr. Dave Goorahoo, PhD, an assistant plant science professor at Fresno State and a co-investigator on the project. Increased yields were observed on tomatoes, bell peppers and strawberries, he says.

In the most recent study, conducted during the 2011 summer growing season, researchers applied CO2 and irrigation water at different levels in open-top chambers that resemble greenhouses. CIT research associate Shawn Ashkan, also working on the project, designed and supervised the construction of the chambers and CO2 delivery system.

Plants were sampled regularly during the growing season and measured for leaf area, nutrient content and weight. Photosynthesis measurements were taken for each CO2 and irrigation treatment. Tomatoes from the different treatment groups were harvested in September 2011. Yields were measured along with plant and root biomass. Similar treatments will be applied during the second year of the project, in summer 2012. Results will be released following second-year analysis.

Funding for this research was provided by the California State University Agricultural Research Institute.

How To Build & Use Your Own Plant Press