Poultry Profiles: Get to Know the Cochin

Their impressive size and aristocratic demeanor make Cochin chickens standouts in any crowd. They're docile in nature and are dual-purpose meat and egg makers. 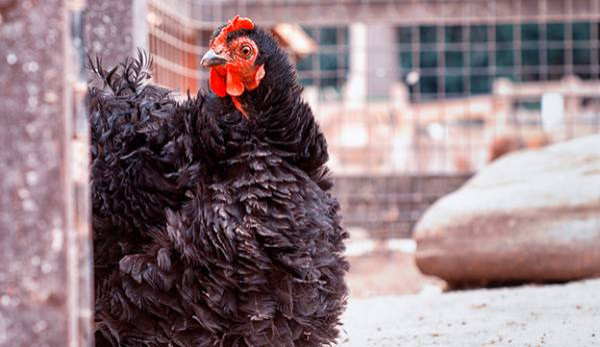 Use: Cochin chickens are popular exhibition fowl, but theyâ€™re also productive, dual-purpose meat and egg makers. Their impressive size and aristocratic demeanor make them standouts in any crowd, while their fluffy plumage and docile natures help them excel as huggable pet chickens. Cochins come in full and bantam sizes, in a wide range of colors.

History: Cochin chickens (once called Shanghais or Cochin Chinas) were an instant hit when they arrived in America and England in the mid-1800s. Queen Victoria, who adored fancy poultry, acquired five pullets and two cockerels in 1845. When fowl from Victoria’s Royal Aviary were exhibited at the prestigious Royal Dublin show in 1846, everyone wanted to own Cochin chickens. Cochins were included in the first volume of the American Poultry Association Standard of Perfection, published in 1874. Although they never met with commercial success, Cochins were raised for meat prior to the industrialization of the American chicken. As a heritage breed, they are included on the American Livestock Breeds Conservancy’s Conservation Priority List in the Watch category, making them an uncommon but not critically endangered chicken breed.

Conformation: The APA Standard of Perfection for full-sized Cochins calls for 11-pound cocks and 8Â˝-pound hens, but their soft outer plumage lays over a massive amount of down, making them appear larger. Bantam-sized Cochin cocks average 32 ounces and hens average 28 ounces. Underneath the feathers and fluff, the Cochin chickens have strong, broad bodies with short wings and well-rounded breasts. They have yellow skin, a medium-sized single comb, and profusely feathered legs and feet.

Although the first Cochin chickens were more or less buff-colored, today they come in an array of colors, including buff, partridge, white, black, silver-laced, golden-laced, mottled, birchen, blue, brown, red, columbian and barred. They also come in a frizzle variety, in which their soft cover feathers turn outward.

Special Considerations/Notes: Cochin chickens are fair layers of large, light to medium-brown eggs, averaging 150 to 180 eggs per year, and they lay through the cold winter months. Cochins shine as broody hens; they hatch even turkey and duck eggs with ease. They don’t fly, they adapt well to confinement, and they’re comparatively quiet fowl – all qualities that make them an excellent choice for in-town chickens. While they enjoy room to roam, they’re fairly lethargic, so this isn’t a breed that can forage its own diet.

Although they’re hardy, their feathered feet and legs pick up mud and ice, so they should be kept indoors when it’s muddy or snowy outside. Because Cochins can’t fly very well, they require low roosts. Their unique looks, hardiness and lovable dispositions make them a best-bet breed for novice chicken keepers.