A Look At Colony Collapse Disorder In 2020

The good news is that colony collapse disorder isn't the threat it was years ago. The bad news? It's still not easy to be a bee. 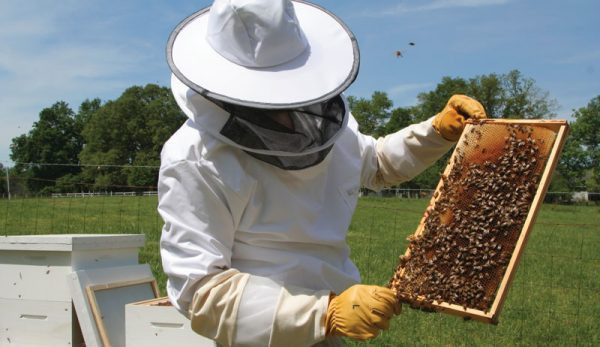 â€śNow, most beekeepers are aware of what to be looking for and what to do about it,â€ť he says.

Check out these 5 signs that something might be going wrong in your honeybee hive.

After intensive study, researchers have a better handle on the multiple factors thought to contribute to CCD.

â€śWhat colony collapse has evolved into is an understanding of the stresses that are going on,â€ť Flottum says.

â€śThere are immune system challenges and additional things that are attacking [honeybees.] In and of themselves, most of those are not fatal to a colony. But when you add them all together, it becomes tough for a colony to thrive.â€ť

For the roughly 2.7 million managed, honey-producing colonies in the U.S., exposure to pesticides, parasites and pathogens is part of the problem. Another important factor is the dwindling sources of nectar and pollen.

â€śThe general consensus is that itâ€™s a dangerous world out there,â€ť Flottum says.

Beekeepers are still losing hives in record numbersâ€”just not necessarily because of CCD. In August 2019, the U.S. Department of Agriculture reported, â€śHoneybee colonies lost with colony collapse disorder symptoms on operations with five or more colonies was 59.9 thousand colonies from January through March 2019. This is a 26 percent decrease from the same quarter of 2018.â€ť

A smaller survey conducted by the nonprofit Bee Informed Partnership noted that U.S. beekeepers lost 40.7 percent of their colonies between April 2018 and April 2019. Specific reasons for their losses were not cited with these preliminary results.

One of the honeybeeâ€™s oldest foes, the Varroa mite, is still to blame for many current hive losses. However, researchers have a much clearer sense of the parasiteâ€™s effect on individual honeybees.

â€śThe fact that Varroa attack the fat body of a bee and not the hemolymph was a pretty major discovery,â€ť Flottum says. â€śNow, [researchers] can better pinpoint treatment by feeding [bees] something that will either harm a Varroa or cause it not to eat.â€ť

Because Varroa mites are particularly effective vectors for honeybee viruses, researchers have also been looking more closely at the viruses themselves.

â€śWhat viruses are out there?â€ť he asks. â€śWhat are those viruses doing to individual bees so that they donâ€™t live as long?â€ť

Learn how to fight Varroa mites by using genetic selection in your hives.

Constant, low-level exposure to pesticides, herbicides and fungicides has also taken a toll.

Some are used in agriculture, some are applied by homeowners, and some are beekeeper-applied chemicals to help control pests and diseases within managed colonies.

Over time, these chemicals suppress a honeybeeâ€™s immune system. Some can also negatively affect beesâ€™ ability to digest food.

â€ś[Researchers] have found recently that some of the chemicals that bees are running into are affecting gut microflora,â€ť Flottum says. â€śTwo of the major ones are the bacteria that dissolve and consume the shell of a pollen grainâ€”making the inside of the pollen grain available to another kind of bacteria that then consume that.â€ť

The good news is that â€śThere are people who are producing these gut flora outside of colonies that beekeepers are able to feed [to their bees], and itâ€™s working,â€ť Flottum says.

Of course, supplementing gut flora only helps if bees have consistent access to safe food sources. In the U.S. between 1992 and 2012, nearly 3 acres of agricultural land per minute were lost to development, according to a 2019 American Farmland Trust report.

â€śThe amount of farmland that we are losing to pavement is astronomical,â€ť Flottum says. â€śEvery time one of those acres disappears, thatâ€™s enough food for a colony for a monthâ€”gone.â€ť

Because beekeepers better understand the hardships honeybees face, they can better support their managed colonies. But keeping honeybees healthy is increasingly tricky.

â€śAll of these things are adding stress to beekeepers,â€ť Flottum says. â€śI can keep my bees alive from Varroa and I can sell the bees that Iâ€™m making. I can sell honey, if I go that direction, and I can keep the gut bacteria going in my bees.”

He continues, “I can do all of these things that I didnâ€™t have to do 10 years ago. The cost of keeping bees per colony has gone up significantly, but I can do it.â€ť

This article originally appeared in the March/April 2020 issue of Hobby FarmsÂ magazine.