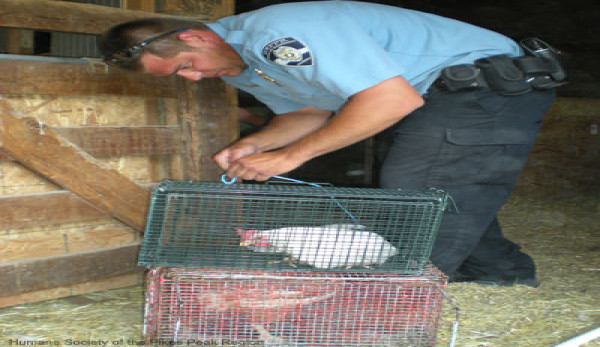 Norris-Penrose Event Center, which hosts the annual Pikes Peak or Bust Rodeo, is one of many facilities temporarily housingÂ horses and other animals displaced by last weekâ€™s massive Black ForestÂ fire in Colorado.

In a bit of dĂ©jĂ  vu, the staff of the Colorado Springs-based equestrian center is once again looking after horses as it did in 2012, when the Waldo Canyon conflagration raged not far from where the current fire is burning.

“We still have a large supply of tools, like wheelbarrows, from last year, which we just kept here under lock and key for a situation like this,â€ť says Johnny Walker, general manager for the Norris-Penrose Event Center.

Even though Walker has taken in 140 horses this year as opposed to 350 last year, the center is already at capacity because of 200 horses on site for a horse show and an additional 68 that were boarded when the fire broke out.

On June 26, 2012, the Waldo Canyon fire burned through a Colorado Springs neighborhood, destroying 346 homes and displacing people and their pets, on its way to becoming the costliest fire in Colorado historyâ€”one with a price tag of more than $352 million.

Now that dubious distinction belongs to the Black Forest Fire.

Within eyeshot of mountainsides burned in 2012, the Black Forest fire, so far, has blackened more than 15,700 acres, killed at least two people, destroyed at least 360 homes and damaged an additional 14. Thousands of people, horses, cattle, alpacas, goats, chickens, dogs, cats and small animals have been evacuated since the fire started on June 11, 2013.

Horses are one of the primary reasons people buy or build on the forested, multi-acre lots in the Black Forest area.

“Last year the fire mostly burned in a residential area, but this year the fire is in a place where most people have animals,â€ť Walker says. “From the standpoint of animals and the geography, this one definitely is worse.â€ť

The Humane Society of the Pikes Peak Region opened a temporary shelter for people and their pets in response to the out-of-control fire, which was 5 percent contained just two days after it broke out.

“We set up a temporary shelter at the Palmer Ridge High School [in Monument, Colo.] for people staying with their animals,â€ť says Gretchen Pressley, HSPPRâ€™s communications specialist. “Right now we have about 80 animals, including cats, dogs and small animals, like gerbils, rabbits, chinchillas and guinea pigs.â€ť

Additionally, HSPPR last Tuesday began accepting animal drop-offs by people being evacuated because of the fire at its Abbot Lane shelter. The Dumb Friends League, of Denver, and All Breed Rescue, of Colorado Springs, took all of the HSPPRâ€™s adoptable dogs to free up room for evacuated animals, Pressley says. Besides the 58 dogs taken in, 56 cats, as well as turtles, snakes and lots of birds, such as quails and ducks, are in temporary crates in the facilityâ€™s basement.

“We have just over 200 animals from the fire,â€ť Pressley says. “We have two staff vets and lots of volunteers who are coming in and walking the dogs, feeding the animals and seeing that everyone is doing OK.â€ť

Because most of the animals were dropped off by their owners, they arrived in good health.

The situation is a bit more chaotic at Norris-Penrose. In addition to horses, Walker, his staff and volunteers are caring for 20 goats and 20 chickens, and Walker says that every animal brought in from the fire area has its own story.

“Some of the animals were dropped off pre-evacuation by their owners,â€ť he says, “while others were turned loose just ahead of the flames and picked up by volunteers hauling our rigs and by others using their own rigs to deliver animals.â€ť

One volunteer especially is a godsend for Walker. Dr. Brittany Factor, DVM, a Colorado Springs equine veterinarian, brought a sense of calm to an otherwise stressful situation since animals began arriving at the center.

“Sheâ€™s been checking animals as they come in,â€ť Walker says.

Dr. Factor was boarding some of her own horses at the Norris-Penrose when the fire broke out.

“She even wrote the [quarantine] protocols to keep all of the animals safe,â€ť Walker added.

Factorâ€™s write-up called for different quarantine zones “to make sure show animals arenâ€™t mixed in with evacuation horses and those in the boarding barn facility do not mix with either,â€ť Walker says. “The first night I stayed up 24 hours.â€ť

While some horses have returned home, some, Walker believes, will be under his watchful eye indefinitely. For now, people like Walker and Dr. Factor will continue to work long hours. The will continue to accept food and supplies donations to provide for the needs of animals until the fire is contained.