Colostrum for Your Livestock Bottle Babies

Knowing whether and how to feed your bottle baby colostrum or colostrum replacer is just one thing to consider when raising baby livestock. 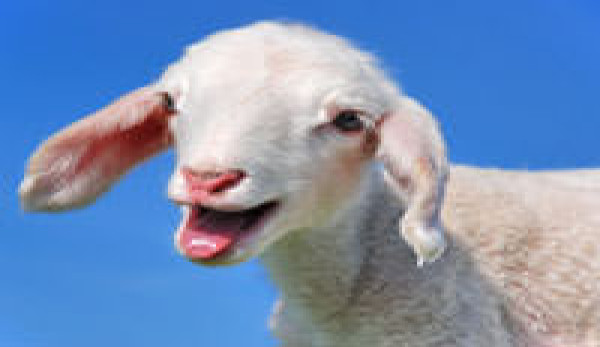 A floppy-eared baby goat caroming through the house or a soft, black lamb to cuddle after supper–if there’s anything more fun and satisfying than raising bottle babies, I don’t know what it is.

There are lots of good reasons to raise bottle-baby livestock, including mine: It’s a relatively inexpensive way to add popular genetics to my breeding stock, the youngsters raised this way are friendlier and more easily handled than their dam-raised peers, and the satisfaction of successfully raising a favorite bottle-fed lamb or kid is priceless.

There are plenty of questions and preparation to consider, too.

Knowing whether you need colostrum or colostrum replacer is an important consideration when your raising a bottle baby.

Colostrum is the thick, immunoglobulin-rich, first milk that all livestock babies need to ingest in order to survive.

Neonatesâ€™ immune systems remain nonfunctional for weeks to months, depending on their species. However, theyâ€™re born with the ability to absorb disease-fighting antibodies from their mothersâ€™ milk, but only for a short period of time after birth.

A lamb, for example, should ideally ingest one ounce of colostrum per pound of bodyweight within one hour after birth and another three ounces per pound of bodyweight spread over eight to 12 feedings during its first 24 hours of life. After 12 to 24 hours, it can no longer absorb antibodies through the wall of its small intestine, so time is of the essence.

What If Babies Don’t Get Enough Colostrum?
Babies that donâ€™t ingest enough colostrum are much more likely to succumb to disease during infancy. Thatâ€™s why livestock-auction babies are an especially poor risk. If you buy one, you wonâ€™t know anything about his background and by being at the sale barn, heâ€™ll be exposed to diseases he isnâ€™t equipped to handle. If you succumb to a cute and needy sale-barn baby (and itâ€™s easy to do), raise him indoors away from other livestock and watch him like a hawk: At the first sign of illness, rush him to a vet!

Colostrum Alternatives
If youâ€™re willing to take a brand-new baby that hasnâ€™t yet ingested colostrum, you need to have a supply on hand to feed him. Many breeders freeze it for emergencies, so ask around and locate some in case you need it.

Alternately, use an oral IgG (immunoglobulin) supplement designed for your babyâ€™s species; theyâ€™re expensive, but they have a refrigerator shelf life of two yearsâ€”if you raise many babies, sooner or later youâ€™ll need it.

These are not the same thing as the powdered supplements (based on cow colostrum) that youâ€™ll find on the shelf at your local feed store; if you don’t have frozen colostrum or an oral IgG supplement, try the powdered variety.

This article contains excerpts from Bottle Babies, by Sue Weaver, a Hobby Farms contributing editor. It first appeared in the March/April 2008 issue of Hobby Farms.Â Buy one online or subscribe today.