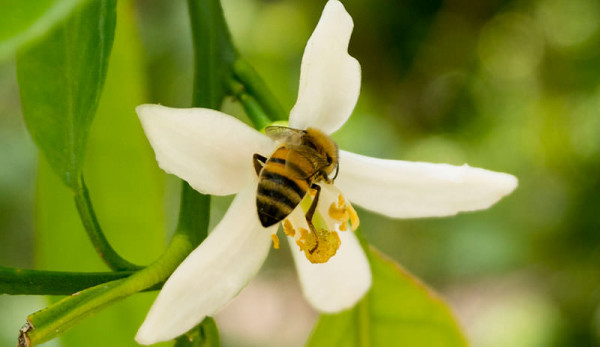 A dedicated swarm of pollinator advocates want to connect pesticide sprayers and beekeepers by using communication technology. Tammy Horn Potter, Kentuckyâ€™s state apiarist, explains that a diverse group of stakeholders in her state are testing an electronic communication tool that will get people talking to each other about risks to pollinators.

â€śThereâ€™s a lot of ill will when a farmer sprays and doesnâ€™t know where his beekeeping neighbors are,â€ť Potter says. There’sÂ a short list of ultra-toxic pesticides thatÂ would require beekeepers within range to remove or protect their hives for five days after the pesticide is applied. To quickly and clearly get that message to the beekeepers is the prime objective of this new tool.

Communication is one of four main goals in Kentucky’sÂ comprehensive state Pollinator Protection Plan, which is currently in the draft stage. It also addresses best management practices for pesticide use, increasing pollinator habitat, and increasing awareness through education and outreach. The global decline in pollinators grabbed the attention of the USDA over a decade ago, resulting in the USDAâ€™s Colony Collapse Disorder Steering Committee. Â

The committee recognizes that no single factor is responsible for the massive drop-off in pollinators, rather it is due to a combination of â€śpests, parasites, diseases, low genetic diversity, and poor nutrition,â€ť according to Kentuckyâ€™s PPP. Pesticides are also under scrutiny. Potter explains that beeswax functions as â€śthe lungs of the hive,â€ť where powerful chemicals can be soaked up like a sponge. BecauseÂ at least 90 crops in the U.S. are dependent on insect pollinators, itâ€™s in our own best interest to protect our tiny partners in growing these foods.

Compared to other livestock industries, beehive health is relatively understudied. Some of the threats that bees contend with include up to 20 different viruses, one of which creates a â€śgreasy beeâ€ť situation, which can quickly destroy a colony.

â€śEverything in a colony depends on the beesâ€™ hair,â€ť Potter says. Food and warmth are two main concerns: pollen clings to the hair, and the hair it keeps the bees insulated. Without the fuzzy coat, the bees are cold and hungry.

Unfortunately, a regular disappointment for the apiarist is seeing starvation takes its toll on hives due to a classic beginner mistake: beekeeper laziness. Other concerns include chalkbrood, a fungus that covers the bees like a mummy; small hive beetles with a complex pheromone strategy that confuses bees into feeding them; and varroa mites, parasites which Potter compares to â€śtiny hypodermic needles.â€ť The colony itself compounds these risks. In contrast, bumblebees are semi-social and are impacted much less by the mites, but do suffer some of the same problems.

Potter saysÂ a significant way that beekeepers can help with their hive health is to be proactive with documenting everything concerning their hive. Photos, business receipts and logging changes in practices will provide important data that can inform statewide policies. Understanding what is going on inside a hive is the most important part of the apiaristâ€™s job.

Kentuckyâ€™s draft PPP differs from some other states’, like North Dakota’s, whichÂ have focused exclusively on honeybee protection. KentuckyÂ covers all pollinators, including butterflies, moths, beetles and flies.Â

Just like pollinating insects flying from field to garden to wildflower to hive, the plan crosses boundaries that separate landowners, chemical applicators and pollinator advocates. Hopefully, communication through a system like “Instagram for Insects” will save the lives of the critically threatened and crucially important pollinators that we need for our own survival. Like any properly functioning system in nature, it will depend on everyoneâ€™s cooperation.