The Complex Chronicles Of The Cornish Chicken

Created to fight and famous for its mass commercial contributions, the Cornish chicken gets a bad rap. But this heritage breed can be great for the hobby farmer. 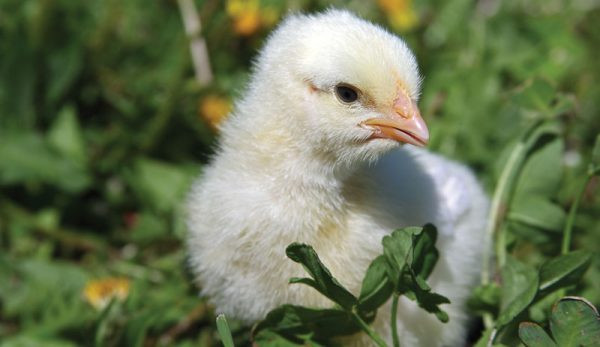 Two hundred years ago, Sir Walter Raleigh Gilbert of Cornwall, England, developed the Cornish breed of chicken to produce a superior fighting bird. This breed, however, came to be more known for its part in the modern commercial broiler industry (as Cornish Crosses, a hybrid of Cornish and White Plymouth Rock breeds, they are the most popular commercial meat chicken in North America).

Today‚Äôs pure-breed Cornish, however, is neither a market lover nor a fighter. But it does have a place on the small farm.

Get to know the White Plymouth Rock chicken breed.

Originally known as the Indian Game, due to its Aseel ancestry, Gilbert‚Äôs purpose was to create a speedy and powerful fighting bird.

He started by breeding Red Aseel, imported from India, to Red Game fowls of the Lord Derby type, an English breed known for its fighting ability. Those birds were later bred with Black Sumatras and other birds to get the Cornish we know today.

English and American fanciers devoted years to this work. But, instead of getting an exceptional fighting chicken, they developed a broad-skulled, squat-bodied bird with thick, short shanks and legs set wide apart.

Because of its unique appearance and build, the Cornish captivated farmers in the late 1800s.

‚ÄúPerhaps no other breed of fowl, save the Cochins, ever had such a boom in America as did these so-called Indian Games,‚ÄĚ wrote the editors of Origin and History of All Breeds of Poultry, published by American Poultry Journal Publishing Co. in 1905.

‚ÄúThe boom came about 1885. Fabulous prices were paid for specimens of the breed. The fanciers went ‚ÄėIndian Mad.‚Äô‚ÄĚ

The breed was touted as the most profitable and best table fowl on earth. This was a major misrepresentation, though, and the marketing pendulum soon swung the other way.

As Harrison Weir wrote in The Poultry Book: Vol. 1 (1904), ‚Äúwith the exception of the Azeels [sic] and Malays, [Cornish] are nearly if not quite the worst domestic fowls for ordinary use.‚ÄĚ He cited them to be delicate, subject to leg weakness and inclined to colds.

The Livestock Conservancy writes that the initial popularity didn‚Äôt account for the heart-shaped body type of the breed which ‚Äúreduces room for egg production and the breed is only a poor to fair layer of tinted eggs. The Indian Game chickens were found in America to be neither hardy, nor prolific, nor fast growing.‚ÄĚ

Although their small pea combs help prevent frostbite, their lack of down insulation prevented them from being truly cold hardy. With their large appetites and fairly slow growth, it‚Äôs a wonder the breed survived.

Fanciers, though, knew a good thing when they saw it and realized that the thick, squat, muscular bodies of young Cornish birds produced ‚Äúa small, tender, flavorful and meaty 1-pound bird‚ÄĒthe now well-known ‚ÄėCornish game hen,‚Äô‚ÄĚ according to The Livestock Conservancy.

By the mid 1950s, the poultry industry found out that by crossbreeding the Cornish with other breeds, they had a fast-growing commercial success. That bird is the Cornish Cross we have today.

The Cornish is unique in that its American Poultry Association conformation standard (a written description of how the ideal bird should look and act) is the same for males and females. Ideal specimens‚ÄĒmale and female both‚ÄĒshould have short, narrow, close-fitting feathers and a muscular body with an amazingly broad chest.

While hens typically only lay about 160 eggs a year, they make up their protein production in the form of meat. And that is the principal reason why people raise them.

Seeing them at a show, guests can quickly identify them as meat birds. People enjoy their taste, although the birds are slow to mature.

In addition to taste, Cornish do well in confinement. That’s another reason why their popularity has grown over the past 200 years.

‚ÄúCornish are an amazing breed that are powerhouses in the showroom,‚ÄĚ says Will Bryles, vice president of the International Cornish Breeders Association. He has bred Cornish for more than a decade at his farm in Fayetteville, Arkansas.

‚Äú[Cornish] have unique body characteristics that make them stand apart from other poultry,‚ÄĚ Bryles says. ‚ÄúThey offer equal parts of challenge and reward when it comes to breeding, raising and showing them. When raising them, you are raising history and the main ancestor to the No. 1 protein source in the world, the modern-day broiler.‚ÄĚ

Cornish bantams became available to the public in 1887. They have the same parent lineage as their large fowl counterparts, with the addition of Black Red Game bantam genes to reduce their size. They come in a variety of colors including Dark, White and White-laced Red.

Maddie Andrews has worked with Cornish bantams for almost four years on her Happy Heritage Farm in Abingdon, Maryland.

‚ÄúThe hardest and most important part in raising these birds is starting out with good stock,‚ÄĚ she says. ‚ÄúAround where I live and in many other places around the U.S., Cornish are very rare and hard to come by, making it very difficult to find a bird worthy of being put into a breeding program to produce show birds.‚ÄĚ

Andrews says the best part about Cornish is their personalities. They never fail to entertain her with their antics.

‚ÄúThey might look very tough, but Cornish are actually a very docile breed and love attention,‚ÄĚ she says.

Because she is focused on breeding them, she doesn‚Äôt use them for meat. ‚ÄúI raise all heritage breeds of livestock,‚ÄĚ she says.

‚ÄúIt‚Äôs the thing I pride myself on the most. Cornish have so many uses, from being beautiful show birds and amazing pets all the way to being good meat producers. Cornish bantams are a very hardy breed and don‚Äôt have many health issues. They do great in all sorts of weather.‚ÄĚ

The bantam variety is an amazing dual-purpose breed. They provide large eggs for their compact size with a very muscular build for the market.

Would you consider adding Cornish to your flock to celebrate their bicentennial? Raising heritage breeds create a niche market while conserving old-style breeds and their important genetics.

Creating a market‚ÄĒmeat, eggs and show‚ÄĒfor vanishing breeds is a critical piece of conserving them.¬† ¬†

Cornish and Cornish Crosses are very different birds. This is where a lot of the health problems begin.

Although Cornish hens grow at a steady rate, they don‚Äôt grow as fast as a Cornish Cross. This costs growers more in utilities and feed, affecting the popularity of the pure breed.

Jumbo Cornish Cross have been developed for hens to reach 4 1/2¬†pounds by 6 weeks and cockerels to reach 6 pounds in 6 weeks. They grow so fast that their legs may give out.

To prevent this, keepers take food away at night. The problem is that they will still be hungry, so removing sawdust and shavings is also recommended.

This hybrid should be butchered between 4 and 10 weeks of age, depending on your desired weight. These birds shouldn‚Äôt be kept as pets as they will develop heart, bone, muscle and tendon problems as well as sores on their feet.

Butchered weight will be approximately 70 percent of live weight.

Kenny Coogan, CPBT-KA, has a Bachelor of Science in animal behavior and is a certified bird trainer. He is a pet and garden columnist and the author of the children‚Äôs book A Tenrec Named Trey (2013).