Encouraging healthy eating across the U.S. could encourage the business of small-scale, diversified farms, according to a report by the Union of Concerned Scientists. 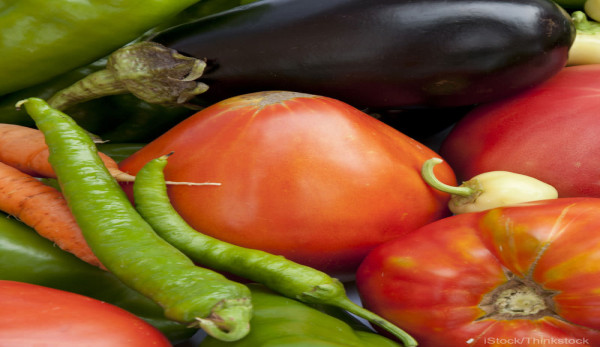 If farm policies helped Americans choose healthier foods, U.S. farmers would grow them, bringing a host of benefits to farm country, according to a report by the Union of Concerned Scientists. “The Healthy Farmland Diet: How Growing Less Corn Would Improve Our Health and Help AmericaŌĆÖs HeartlandŌĆØ is a first-of-its-kind report that uses economic modeling to estimate the impacts of dietary shifts on farm production.

“The reality of American agriculture is that weŌĆÖre not growing what we should be eating,ŌĆØ says Kranti Mulik, UCS senior economist. “Only about 2 percent of U.S. farmland is used to grow fruits and vegetables, while 59 percent is devoted to commodity crops. But this situation isnŌĆÖt just bad for our waistlinesŌĆöitŌĆÖs also holding back farmers and rural economies and hurting the quality of life in farm communities and beyond.ŌĆØ

The new report uses an economic model developed by Purdue UniversityŌĆÖs Global Trade Analysis Project to predict how U.S. farmers would respond to various shifts in eating habits. It finds that if Americans ate fruits and vegetables at USDA-recommended levelsŌĆöincreasing consumption by 173 percent over current levelsŌĆöU.S. farmers would grow 88 percent more of these foods. Conversely, if meat and dairy consumption fell to levels recommended by the Harvard University School of Public Health, farmers would grow less corn and other grains used as livestock feedŌĆö8 million acres less.

In turn, this would drive changes in farming practices that would build healthier soil, improve air and water quality, and increase access to fresh, affordable, healthy foods in farm communities. It would also be good for farmers, as recent studies have shown that more diverse, local food systems create jobs and increase farm profits.

Outdated and expensive farm policies have incentivized monocultures of commodity crops, such as corn and soybeans, which rely on heavy application of fertilizers and pesticides. These subsidy programs also have encouraged large-scale livestock production in CAFOs (confined animal feeding operations), which produce gross quantities of manure waste that cannot be cost-effectively utilized on faraway cropland. The consequences of all these policy choices include poor soil quality, polluted air and water, and even reduced property values in some farm communities.

Even worse, some federal subsidy programs actually restrict farmers from growing fruits and vegetables, preventing these farmers from growing a diversified array of crops. As a result of all these policies, corn- and soy-based processed foods are more ubiquitous than fruits and vegetables. This is particularly problematic because Americans, on average, are only eating about half of the produce recommended by federal dietary guidelines. Dietary shortfalls are contributing to a rising incidence of expensive and deadly diet-related chronic diseases, such as cardiovascular disease.

“Americans are eating more corn chips than carrots for a number of reasonsŌĆöfrom taste and convenience to affordability and access,ŌĆØ Mulik says. “Farm policies could help with some of thoseŌĆöfor example, by making it easier for farmers to grow more produce and helping consumers access these nutritious foods. But currently they do just the opposite.ŌĆØ

As Congress gets back to work on new legislation to replace the now-expired 2008 Farm Bill, UCS is calling for investment in low-cost programs that can help align healthy eating with agricultural production. The report recommends funding and implementing programsŌĆösuch as the Farmers Market Promotion ProgramŌĆöthat promote local production and marketing of fresh produce and increase consumer access to these healthy foods. UCS also recommends reducing commodity subsidies and removing planting restrictions and other policy obstacles that prevent farmers from diversifying their production.

“Healthier food choices for consumers can lead to a fatter bottom line for farmers and a cleaner environment for us all,ŌĆØ Mulik says.