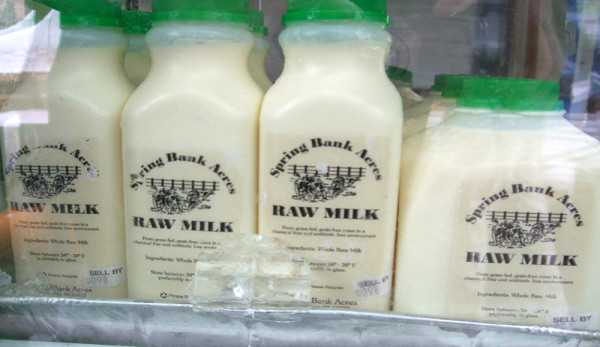 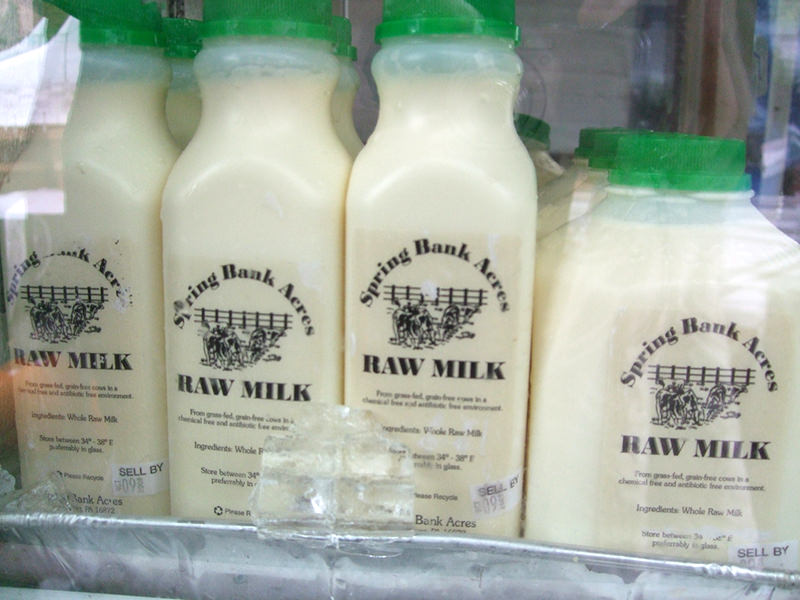 Of all the controversial ag and food topics out there, I might like writing about raw milk the best. People really get upset about who’s allowed to drink what and how much control we should allow the government to have over our food supply. They have good reason to feel this way, I think. Control over food is control over people.

So we’re all on the same page: Raw milk is defined as fresh milk that has not been pasteurized and may contain beneficial nutrients that have not been eliminated by the pasteurization process. There is no federal law banning raw milkâ€”state laws dictate thisâ€”but the Food and Drug Administration can prosecute farmers for selling raw milk.

“These bills would make it easier for families to buy wholesome milk directly from farmers by reversing the criminalization of dairy farmers who offer raw milk,â€ť Massie says in a press release. “The federal government should not punish farmers for providing customers the foods they want, and states should be free to set their own laws regulating food safety.â€ť

What These Bill Do

The Milk Freedom Act of 2015 would provide relief to local farmers, small producers and others who have been harassed, fined and in some cases even prosecuted for distributing unpasteurized milk. This bill prohibits the federal government from creating future laws that interfere with the interstate traffic of raw milk products.

The Interstate Milk Freedom Act of 2015 would prevent the federal government from interfering with trade of unpasteurized, natural milk or milk products between states where distribution or sale of such products is already legal. Right now, a producer in a state where raw-milk retail sale is legal (say, New Mexico) cannot sell raw milk in another state where it’s legal (like Arizona). The IMFA would change that, opening markets for small-scale dairies, providing greater choices for consumers, and reducing some of the bureaucratic burden of farming and food regulation.

Neither of these bills say anything about what your state is already doing or supersede any laws individual state governments are putting in place. They’re just saying that the federal government needs to step aside in the raw-milk argument.

You can give your opinion about raw milk and the freedom to purchase it by calling your representative. It’s easy, and it’s fast! Find out how to contact your congressperson through the House of Representatives website, pick up the phone, and tell your representatives how you’d like them to vote on these bills.

There has been a lot of activity in raw milk in various states this year:

For more raw milk news by state, check out this raw-milk legislation round-up from this summer.