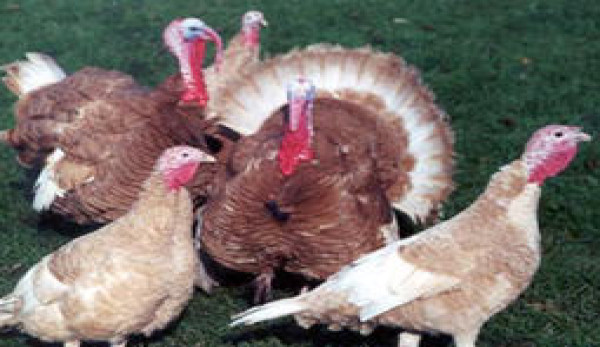 With growing consumer demand for tasty heritage turkeys to grace holiday tables, more farmers are trying their hands at raising them. However, farmers often find themselves struggling to find production information specific to raising the colorful cousins of the Broad Breasted White turkey found in supermarket freezers. Since the industrialization of turkeys in the late 1950s, much of the knowledge and printed information on how to select, raise and breed traditional turkeys has slowly been lost.

In response to this demand, the American Livestock Breeds Conservancy released a new heritage turkey resource.Ā Selecting Your Best Turkeys for Breeding is the second publication in the ALBC Master Breeder series, which is a collaboration of known master breeders, researchers and ALBC staff to codify knowledge and historic information about heritage-breed selection, husbandry and breeding.

The information found in Selecting Your Best Turkeys for Breeding was once widely available when small-scale agriculture and pastured poultry keeping was commonplace. Changes in agricultural practices have caused this information to be largely lost to subsequent generations.

āALBC recognized that there was a knowledge gap when it came to raising and breeding heritage turkeys and many other rare breeds,ā says Marjorie Bender, ALBC research and technical program director. āIf we want to establish a sustainable market for these birds, weāve got to give the farmers the tools they need to raise and breed quality animals.ā