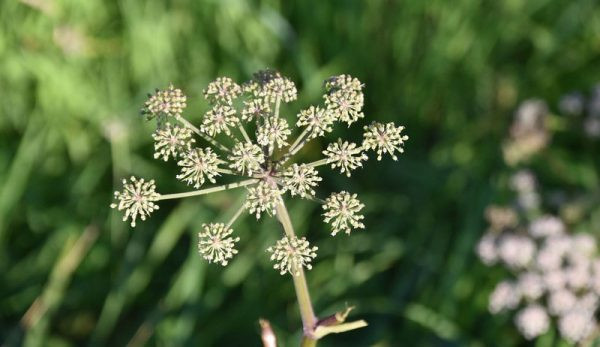 For farmers looking to keep pastures and livestock healthy this year, controlling poison hemlock in pastures early this spring could be key.

āPoison hemlock is potentially poisonous to livestock, particularly when animals may graze poison hemlock plants when other forages are limited or if large quantities of hay containing poison hemlock are consumed by animals,ā says J.D. Green, extension weeds specialist with the University of Kentucky College of Agriculture. āIn addition, poison hemlock can crowd out desirable plants in areas where it becomes established.ā

Introduced to the U.S. as an ornamental plant in the 1800s,Ā poison hemlock is widespread throughout much of North America. In the past, it was typically found along roadways, abandoned lots, fencerows and other non-cropland sites. In recent years, its population has exploded, and it is now in many pastures and hayfields.

Poison hemlock can be toxic if ingested by livestock or humans. Cattle,Ā goats andĀ horses are considered the most likely to consume it, though other animals will as well. If ingested, poisoning symptoms appear within 30 minutes to two hours, depending on the animal species and quantity consumed. Lethal doses for cattle range between 0.2 and 0.5 percent of the animalās weight. Poisoning symptoms include nervousness, trembling, muscle weakness, loss of coordination, pupil dilation, coma and eventually death from respiratory failure. If ingested by a pregnant animal, it can cause fetal deformities.

The best time of the year to effectively control poison hemlock using herbicides, particularly those containing 2,4-D, is in the early spring when plants are small and in the rosette growth stage. In the rosette growth stage, poison hemlock can be more difficult to find, so look for it in areas where the plant has grown in the past. Itās recognizable in the rosette stage due to its shiny-green, triangular, parsley-like leaves; larger plants may be 12 to 18 inches tall. When full grown, this invasive, noxious weed can reach 6 to 8 feet tall.

If poison hemlock is found later in the season, mow it over before the plant flowers to prevent further seed production. If found while making hay, mow around the plant to keep it out of the animalsā food supply, Green recommends.