The Cool Stuff About Colostrum

Colostrum, Mother Nature's instant immunity for newborn animals, is cooler than you might expect. 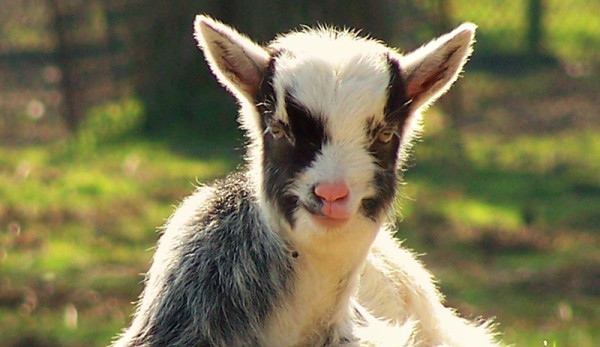 Although it may not feel like it, spring is just around the corner. Just ask the goats and sheep that are starting to give birth; calves and foals will soon follow if they haven’t already. While many farmers understand the basics of livestock neonatal care, the devil is in the details sometimes. Sure, you know how important it is for a newborn to nurse as soon as possible. But do you really know why? Let’s take a closer look at colostrum, akaÂ “first milk.” It’s not only really cool stuff but also vital for the health of your newest farm additions.

Colostrum is the very first product made by the mammary glands right before and at birth. It’s not actually milk in the sense that we generally understand milk due to its different composition. Colostrum is usually very thick and can have a yellow color. It has higher protein and fat content than milk, a greater concentration of vitamins, and less lactose; plus, it’s rich in immunoglobulins, a type of antibody. Herein lies the reason why colostrum is so important.

Livestock babiesÂ are born with an almost non-existent immune system. To help them fight infections between birth and when their immune system is more developed, they ingest immunoglobulins from their mother’s colostrumâ€”nature’s speedy delivery system for instant immunity. This is called “passive immunity.” Pretty cool, right?

Race Against The Clock

But there’s a catch. Immunoglobulins are large proteins. The intestine doesn’t do a good job of absorbing really big proteinsâ€”instead breaking them down into smaller moleculesâ€”except when animals are first born. During the first 24 hours of life, a neonate’s digestive tract is “leaky, meaning it can easily absorb these big immunoglobulin molecules. Right after birth, however, these cellular boundaries in the intestine start to close down, preventing the absorption of these immunoglobulins prior to digestive breakdown after about 24 hours. It’s literally a race against the clock for a neonate to ingest colostrum in order to receive its immunity benefits. The earlier colostrum is ingested, the more immunoglobulins are absorbed; consuming a large amount of colostrum within the first hour of birth is the best way to ensure enough immunity has been passed to the newborn.

In a perfect world, all farm babies would be born strong and vigorous and nursing well within about an hour of birth. Additionally, their mothers ideally would produce high-quality colostrum. But as we all know, sometimes oneâ€”or bothâ€”of these things don’t occur. What then? Simply put, if a newborn doesn’t receive colostrum within the first 24 hours of birth, it’s called “failure of passive transfer.” This means the neonate is at very high risk of developing an infection that quickly turns seriousâ€”as in it getsÂ into the bloodstream. This is called sepsis and is oftenÂ lethal.

Therefore, if a newborn is weak and doesn’t nurse well within the first day and/or the mother isn’t producing colostrum, the little one needs help. This is where colostrum replacer comes in.

Some experienced farms, especially those with enough animals,Â have some spare colostrum frozen away for a rainy day. Small operations, however, aren’t usually that lucky. This is when they need to turn to store-bought colostrum replacer.

If unsure whether a newborn has received enough colostrum, ask your veterinarian toÂ run aÂ simple blood testÂ to measure the level of immunoglobulins present in the animal. A certainÂ cut-off threshold in the immunoglobulin level will indicate whether they’ve received enough to provide adequate immunity. If a test comes back low, or the farmer knows the baby wasn’t able to nurse, there’s still hope: Your veterinarian can perform a plasma transfusion, though this can be an expensive procedure and is sometimes not available in all situations.

The bottom line is colostrum intake is crucial to the survival and growth of a newborn on the farm. Nature’s awesome way of giving almost instant immune coverage to our newest additions really is something to appreciate.