After 2012’s record highs and lengthy drought, 2013 is getting off to a noticeably cooler start. 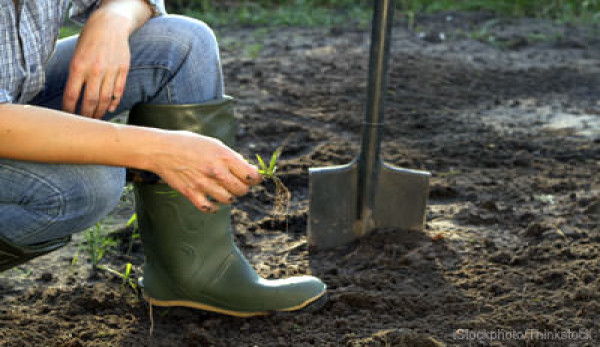 The March soil temperatures across much of the eastern United States this year are considerably cooler than they were in 2012, which brought the hottest or second-hottest March on record to 33 states between the Great Plains and the eastern seaboard. This cooler start to the growing season could cause delays in the first planting of crops, shortened growing seasons and fewer rounds of crop harvests across the board.

The average soil temperatures for March 2013 are forecasted to register between 5 and 12 degrees F below normal, while last year’s March temperatures were 5 to 15 degrees F above normal, according to Frederick Gesser, senior global meteorologist for agriculture at Planalytics. “The net difference of 10 to 27 degrees F … will impact all things vegetation: lawns, crops, trees, et cetera,” he says.

Even without taking other growing conditions, such as rainfall and soil fertility, into account, the cooler soil will likely mean that crops in the Deep South alone will be developing two to three weeks later this year.

Corn is projected to be the crop most affected by this phenomenon, mainly because the 50-degree soil temperatures it requires to develop are only present half as far north as they were last year. “While I am sure nearly all crops will be impacted by colder soil temperatures this year, the main market point is the spread that would exist in the corn markets,” Gesser says. “The tightness of the corn market trumps the other crops.”

Gesser notes that soybean prices and availability could also see an impact, though the soybean market is not as tight as the corn market.

Early last March, the band of 50-degree soil temperatures stretched as far north as the northern borders of North Carolina, Tennessee, Arkansas and Oklahoma; however, in the first week of March this year, sufficiently warm soil could only be found as far north as the middle of Georgia, Alabama and Mississippi. Because many growers will have to delay their initial corn seeding, the growing season will likely be truncated, potentially with fewer harvests in late summer and early autumn.

Warm growing seasons aren’t necessarily a bad thing, but when coupled with drought, as in 2012, they can easily go sour.

“As far as vegetation goes, [a warm year] shows advanced or very favorable conditions in place for the planting of crops, emergence and vegetative growth, unless you have extreme drought in those growth stages like last year,” Gesser says.

Unfortunately, at this point, the overall growing-season outlook for 2013 isn’t great, either.

“There is no hint of an El Niño, which we associate with a cooler, wetter growing season,” Gesser notes. “Currently, there is no reason not to expect more drought and even expansion of the drought both east and west.”

On the positive side, Gesser points out that 2013’s spring soil temperatures are much closer to the yearly average than 2012’s were. Additionally, he notes that the delayed soil warming could lead to safer growing seasons for fruit trees, as they will not be as vulnerable to typical April and May freezes. In 2012, trees in Michigan, Wisconsin and New York were seriously impacted by late frosts, as the warm soil caused trees to bloom earlier than expected.