Sporting a wool-free face, the Coopworth produces large amounts of lustrous wool, as well as meat. 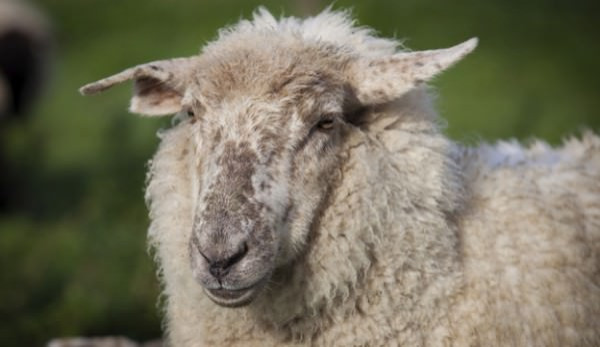 Use: The Coopworth is a dual-purpose meat and wool breed that produces 8 to 12 pounds of lustrous, well-crimped fleece with a count of 46 to 50 and staple length of around 5 to 8 inches.

History: During the 1950s and 60s, Professor Ian Coop of Lincoln College in New Zealand supervised the development of this high-performance sheep breed created from crossing Romney ewes with Border Leicester rams. The goal: a prolific, hardy, easy-to-manage breed that would excel in both commercial meat and wool production. The first little flock of this new breed arrived in the U.S. in 1979. Today, the productive Coopworth ranks as the second most popular sheep breed in its native New Zealand.

Conformation: The medium-sized Coopworth has a wool-free face with a slightly convex nose and a long body covered with lustrous wool in white or natural colors. Rams weigh in at 175 to 275 pounds; ewes, around 150 to 185 pounds. Described as quiet and calm, the motherly ewes generally give birth without assistance to multiple lambs. Their vigorous offspring grow well and yield a mild-flavored carcass.

Special Considerations/Notes: This breed has been developed and continues to be maintained on a foundation of performance recording and selection for production traits like ease of lambing and resistance to foot rot. Coopworths are also supposed to be adaptable to different environments and efficient foragers on pasture.