This fungus that infects sweet corn is a nightmare to most U.S. farmers, but those in the know can sell it for top dollar. 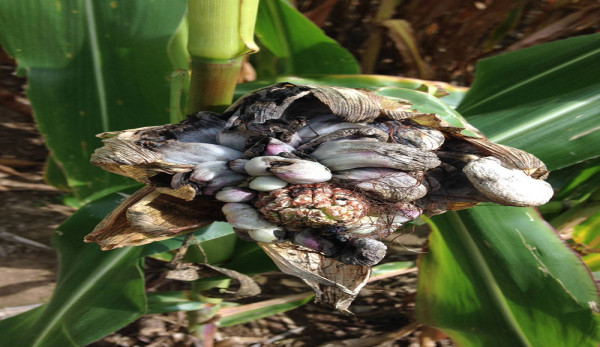 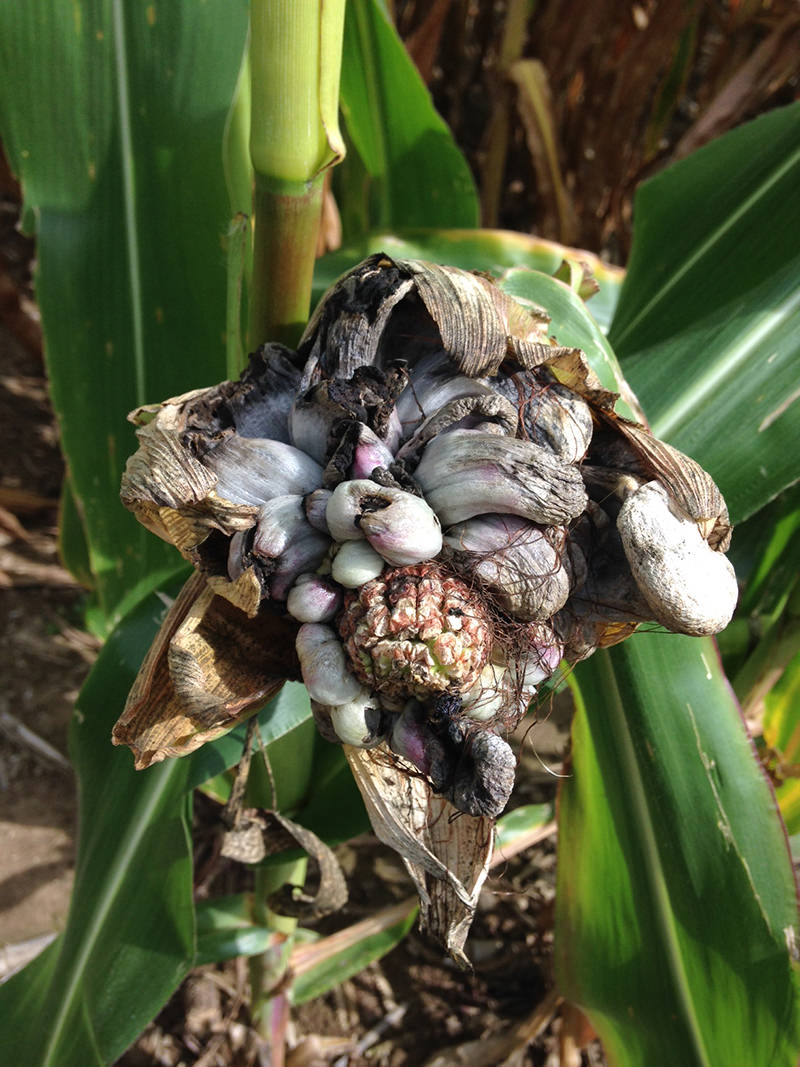 I know autumn has arrived in my household when the requests start rolling in for a trip to our local corn maze. Even though it isn’t officially fall quite yet, my son heard through the school grapevine that a nearby corn maze opened this past weekend. Our family paid a visit on Sunday afternoon, and not only did we have a lot of fun getting lost in the maze, but we also discovered a surprising plethora of a delicacy known as corn smut.

Yep. That’s what I said: a delicacy known as corn smut.

Just in case you aren’t familiar with this fungus, let me fill you in.

The corn smut fungus (Ustilago zeae or U. maydis) infects corn plants early in the season via damaged plant tissue and goes on to form swollen, bluish-gray galls. These fungal galls can occur on the leaves, silks and tassels, but they’re most highly prized when found on the ears themselves. The organism causes the corn’s kernels to swell and discolor, and connoisseurs of the corn smut fungus will recognize its distinctive appearance immediately.

Known in Mexico as huitlacoche, this fungus is a considered a delicacy and is sold fresh, canned or dried. The flavor is often described as earthy or smoky. In fact, many farmers south of the border intentionally inoculate their corn fields with corn smut spores because they can get a far higher price for infected ears than they can for the corn itself. The corn plants are sometimes infected with the fungus by intentionally wounding the plant and brushing the wound with the spores or by injecting a spore-infused liquid into the immature cob. Huitalocoche is used in many traditional Mexican dishes and is sometimes called the Mexican corn truffle. It’s also becoming a darling of a handful of U.S. chefs looking for something unique to add to their menu.

The corn smut we found at the corn maze, however, was not created intentionally. I know this because I asked the farmer and he looked at me like I was insane. Here in the U.S., most farmers consider corn smut to be a pest that affects sweet corn yields. When they see it, most farmers remove the infected cobs before the spores can spread, but those “in the know” could be making a pretty penny by harvesting this fungus and selling it to local chefs.

Corn smut is most prevalent during years with dry summers, followed by rain later in the season. If you come across any corn smut on your homegrown corn, pick it when it starts to soften, but before the skin opens and the spores emerge. It should feel kind of spongy. Be sure to cook it within a day or two of harvest, and if you must store it, keep the entire infected cob in a paper bag in the fridge, but for only a few days. To eat them, pull the galls off the cob and cook them like mushrooms. Try adding them to omelets, tacos, quesadillas, and even your favorite mac-and-cheese recipe.

Horticulturist Jessica Walliser is an award-winning radio host on KDKA RadioŌĆÖs ŌĆ£The Organic GardenersŌĆØ in Pittsburgh. SheŌĆÖs the author of five gardening books, including the Amazon-bestseller Good Bug Bad Bug, winner of the 2014 AHS Book Award Attracting Beneficial Bugs to Your Garden: A Natural Approach to Pest Control, and her newest title Container Gardening Complete: Creative Projects for Growing Vegetables and Flowers in Small Spaces. Jessica also writes two weekly gardening columns for the Pittsburgh Tribune-Review and is co-owner of the website SavvyGardening.com.