Warm your kitchen--and your tastebuds--with a savory treat made with pot roast. 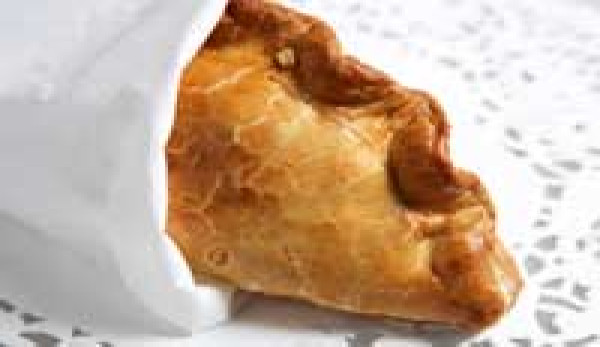 Combine flour and salt in a large bowl. Cut in shortening with a pastry blender. Make a well in the center of the mixture and quickly stir in ice-cold water. Form dough into a ball, cover and set aside.

Brown the meat well in olive oil over medium-high heat. Lower heat and let the meat continue to brown while preparing the vegetables. Peel and dice potatoes and rutabaga. Place in separate pots, cover with cold water and bring to a boil. Cook until slightly tender, but still firm. Drain, reserving liquids.

Remove meat from pan and cut into 1-inch chunks. (Set aside pan without rinsing juices.) Shred meat in food processor and place in large bowl. Pulse vegetables in food processor until just coarsely shredded. Combine meat and vegetables; season as desired with salt and pepper.

Break off pieces of dough and roll into 6-inch circles. Place meat filling on one side, fold over to create a half circle shape and seal edges. Place on baking sheet and bake at 375 degrees F until crust is golden, about 20 minutes. Serves 8 to 12.

TO MAKE GRAVY: Reheat the meat pan and, using some of the liquid from theÂ  vegetables, deglaze the pan. Add vegetable liquid to equal 2 cups. Add boullion cubes and bring to boiling; stir until cubes are dissolved. Make a roux, or thickener, for the gravy by adding about 1/4 cup of the hot liquid to 2 tablespoons of flour in a separate bowl. Whisk to remove lumps and gradually stir back into pot; stir until thickened.