The Cornish is a heritage meat chicken. 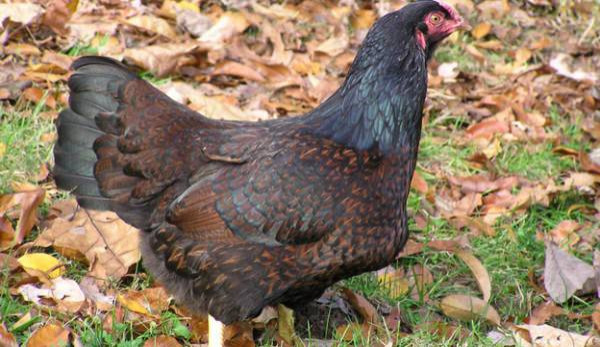 Use: The Cornish is a heritage meat chicken.

History:Â Around 1820, Sir Walter Raleigh Gilbert of Cornwall, England, developed a chicken breed he called the Indian Game using bloodlines from Aseel, Red Old English and Malay chickens. His goal was to breed a fighting chicken with the power of the Aseel and the speed of Old English Games. The cross didnâ€™t work the way Raleigh hoped, but fanciers in Devonshire and Cornwall embraced the chicken breed as an ornamental, due to its unique appearance, and as a first-rate table chicken for its juicy, white breast meat.

The American Poultry Association added Dark Indian Games to their Standard of Perfection in 1893, later admitting White, White-laced Red and Buff to the list of recognized varieties. In 1905, the organization renamed the breed Cornish Indian Game, and in 1910, simply Cornish.

Special Considerations/Notes: Cornish chickens are loud and active but friendly. They bear confinement well, though itâ€™s best not to raise them in a mixed flock due to their inability to defend themselves. They are tasty, albeit slow-maturing, meat chickens but only mediocre layers of small, light-brown eggs. They are half of the hybrid Cornish Cross equation (White Cornish bred with White Plymouth Rocks), the most popular commercial meat chicken in North America. Prior to the Cornish Crossâ€™ emergence, they were popular as 2-pound Cornish Game Hens when slaughtered at 5 weeks of age. The breed is listed in the Watch category of the American Livestock Breeds Conservancyâ€™s Conservation Priority List.