If you're a fiber artist or conservator breeder, here is your sheep! The Cotswold is a peerless producer of eight to 12 inch locks of lustrous white or colored fiber in the 33 to 40 micron range; ewes clip about 12 to 15 pounds of fleece. 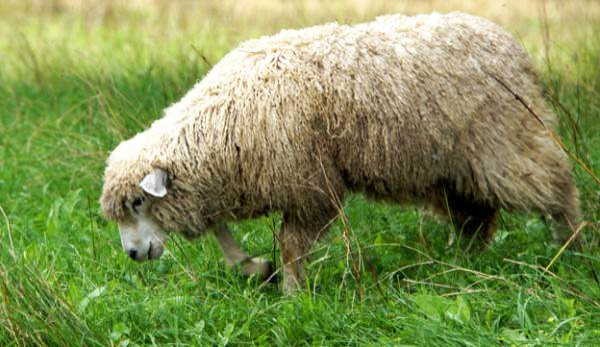 Use: If you’re a fiber artist or conservator breeder, here is your sheep! The Cotswold is a peerless producer of eight to 12 inch locks of lustrous white or colored fiber (colored Cotswolds are nothing new; one vintage magazine article describes flocks of black Cotswolds in Bourbon County, Kentucky, as early as 1868) in the 33 to 40 micron range; ewes clip about 12 to 15 pounds of fleece. While it’s not a meat breed per se, Cotswold lamb is lean, aromatic, and far less muttony-flavored than that of most fine-wool breeds.

History: Historians believe the Cotswold’s intrepid ancestors already roamed the 280,000-acre Cotswold Hills of Gloucester, England, when Caesar’s legions arrived in 43 A.D. The breed’s name, says William Camden, writing in Britannia (1586), derives from the open hillsides (wolds) and sheepfolds (cotes) that made up their homes; they were also referred to as “Cotswold Lions.” Wealthy wool merchants built Gloucester’s grand houses and churches (including Gloucester Cathedral) during the Middle Ages, and the Crown ransomed Richard the Lionheart with money raised through the sale of Cotswold wool. Cotswolds came to America in 1832 and by 1879 it was North America’s favorite breed; over 760,000 were registered in 1914 alone. Eventually, faster-maturing, fine-fleeced Merinos replaced them and the breed became nearly extinct, both here and abroad. Fortunately, thanks to interest generated by the American Rare Breeds Conservancy (ALBC) and Britain’s Rare Breeds Survival Trust (RBST), the breed was saved, although it’s still in the Threatened (“Fewer than 1,000 annual registrations in the United States and estimated global population less than 5,000”) category of the ALBC Conservation Priority List and the At Risk section of the RBST Watchlist.

Conformation: Cotswolds are tall, substantially-built sheep; rams run 250 to 300 pounds in weight, ewes between 190 and 225 pounds. They have semi-open faces set off with a topknot of long wool, as well as wooly legs.

Special Considerations/Notes: Cotswolds are excellent mothers that aren’t prone to birthing problems and they’re quick to accept their lambs. The breed does well on good pasture and coarser feeds. It’s easy to raise with certain caveats: Cotswold fleece tends to mat (“cot”) unless its wearer is kept reasonably clean and since it parts down the middle of the sheep’s back, it affords little protection from hard, cold, rain.