Could Healthy Crops Be Hurting You?

Disease resistance actually comes from plant-made pesticides—yes, chemicals produced by the plants themselves!—and some scientists claim this is impacting our health. 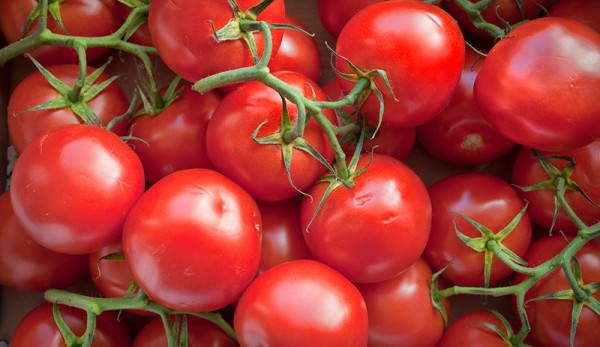 Flipping through seed catalogs you may have noticed, or specifically sought out, seeds with a particular disease resistance. Perhaps you’ve had trouble with downy mildew in your melons or early blight in your tomatoes, and when you find seeds naturally resistant to that specific disease, those are the seeds you choose to purchase. Here, however, is a statistic you might not know:

The vast majority (some say 99.99 percent) of the pesticides we ingest through food are not synthetic. They are naturally occurring from plants.

The question becomes, are we poisoning ourselves by buying these resistant seeds, and should it concern us? Let’s have a look.

Plants protect themselves in two main ways: structurally and chemically. Structural defenses are mostly physical, such as thorns or waxy leaves. Many plants also can seal fungi or bacteria in if they get attacked, so as to not allow the pathogen a chance to damage the rest of the plant. However, most plants also produce some range of pesticides to protect themselves—a trait plant breeders and seed savers often seek out when propagating a certain plant. It’s these chemical defenses we will focus on.

Plants have, for lack of a more accurate word, immune systems that respond to attacks. The beautiful smell of fresh cut grass? That’s, in fact, a distress signal from the plant, warning others around that there’s a dangerous predator about—in this case, a lawnmower. Sometimes, when being attacked by a bacterium, pest or fungus, the plant will produce a wide range of different natural pesticides—often called green leaf volatiles—to protect itself. Those pesticides may still be present when we eventually consume broccoli, spinach and nearly any other vegetable.

A now-famous paper published by Bruce Ames and Lois Swirsky Gold in 2000 describes how the majority of the pesticides that humans eat are natural chemicals produced by plants. Ames and Gold estimate that Americans ingest about 5,000 to 10,000 different natural pesticides and their breakdown products. Only about 0.09 mg are synthetic pesticides.

Not everyone buys this analysis entirely. One counterargument claims that some of the “carcinogens” listed in Ames’ study are not actually considered carcinogens by any other entity, and many argue that even though these naturally occurring pesticides are indeed present in the food we eat, they have been there for millennia. Therefore, we have evolved to eat and digest the majority of these natural pesticides throughout our history as mammals and plant eaters, unlike synthetics, which have really only been around for the last century. Few argue, however, that we don’t eat them at all. Certainly, so long as plants produce toxins for defense, we consume those toxins.

Are Natural Pesticides Hurting Us?

Biologically speaking, we have evolved to metabolically break down these natural pesticides with specialized enzymes. The so-called carcinogenic plant toxins, unlike many synthetic pesticides, are not as persistent and don’t build up in our systems as readily, so the likelihood of getting cancer from one of these chemicals is extremely low. As Ames himself told New York Times columnist John Tierney:

“Everything you eat in the supermarket is absolutely chock full of carcinogens. But most cancers are not due to parts per billion of pesticides. They’re due to causes like smoking, bad diets and obesity.”

So Are Synthetic Pesticides OK?

Ames and others have made the argument that because we eat more natural pesticides than synthetic and they aren’t hurting us, yes we should worry less about man-made pesticide use. Obviously, this line of logic bears some scrutiny.

First, it is worth pointing out that unlike plant toxins, we don’t encounter synthetic pesticides only through our food, but through our air and water, as well. The effects of synthetic pesticides are extensive, not just in our bodies but in our environment, disrupting whole ecosystems from the soil to the sky (bees, bunnies, birds and so on). Pesticides, whether they come in through our food or not, do get to us somehow. Moreover, unlike many of the natural chemicals Ames and Gold considered to be potentially carcinogenic— which other researchers have expressed doubts about—there is a great body of evidence that products like atrazine (common in everyday herbicides) or glyphosate (the main ingredient in Round-Up) are firmly understood to cause cancer.

Just because plants produce their own pesticides, it’s difficult to make the leap into assuming synthetic pesticides are OK. Even if what the plants produce are carcinogenic on some level, we will likely never encounter them at those extremes. An easier argument might just be to say we should leave the act of employing toxins to the vegetables themselves, as we did for millennia.