Cover Crop Tips For Your Garden: How To Plant & Use Green Manures

Cover crops can boost soil nutrients, limit winter erosion and provide forage for pollinators. Learn how to plant and utilize cover crops in your garden. 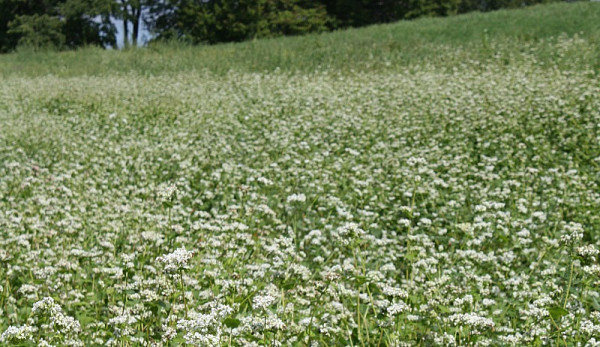 Fall is prime-time for cover crop planting. When done properly, cover crops, also called green manures, can play an important role in your vegetable plot, whether it’s small or large. Essentially, cover crops are non-productive plants grown when the ground would be otherwise fallow and free of crops. They prevent soil erosion, stabilize soil temperatures, reduce weeds, prevent winter nutrient loss and, with time, they break down and become a source of organic matter to help feed soil microbes and the productive crops that grow in the area.

Though not all gardeners use cover crops, they’re a great way to help replenish depleted soils and improve soil structure. If you haven’t planted cover crops in the past, perhaps this fall you should give them a try.

How To Plant & Use A Cover Crop

The most common way to utilize a cover crop in your vegetable plot is to select one that performs best in cooler weather. These types of cover crops are planted late in the season, after the primary vegetable crop has been harvested. They’re left to grow all winter long and into the following spring. Eventually, they’re mowed down and turned into the soil where they’ll break down and provide their many benefits.

It’s also possible to use cover crops as a living mulch during the actual growing season. Though this is a less popular use for cover crops, it works quite well to reduce weed competition, shade the soil and help support beneficial insects and pollinators. The cover crop is planted in between and around rows of productive crops. At the end of the growing season, or at the start of the following season, it’s then turned into the soil where it adds organic matter and improves soil nutrient levels. Not all types of cover crops work well as a living mulch as some may be too competitive, but legumes work particularly well, including clovers, cowpeas and vetches.

What Is The Best Cover Crop For Your Vegetable Garden?

Though there are many different types of cover crops, each of them has different positive and negative traits. Legumes are able to convert nitrogen from the atmosphere into a form that’s useable by plants. Because of this, members of the pea and bean family are excellent cover crops for areas that will host high-nitrogen crops the following season.

In places where you need a quick-growing cover crop, annual rye grass (also called winter field rye) would be a good choice. It grows quickly and is very winter hardy. Often sold in a seed mixture with vetch, rye grass is one of my favorite cover crops because it’s easy to mow and turn under in the spring. Buckwheat is another choice for fast-growing cover but care must be taken to not let it go to seed or you’ll be faced with a buckwheat battle for months to come.

Regardless of which type of cover crop you settle on and how you plan to use it, avoid sowing the seeds too thickly. If sown too close together, the seedlings form a thick mat that’s difficult to mow and turn in the spring.

Also, do not use perennial cover crops, such as white Dutch clover, alfalfa or perennial vetches, unless you have the ability to deeply disk them under in the spring. If you’re just turning your garden by hand or with a tiller, these perennial cover crops will not be completely killed by the tilling and turning process, resulting in a potential cover crop take-over that season!

When To Plant After Using A Cover Crop

After mowing down and turning over your cover crops in the spring, it’s essential that you wait three to four weeks before planting. Freshly turned cover crops often utilize soil nitrogen to begin their decomposition process, causing a temporary unavailability of this nutrient. The soil can also become quite warm during the initial stages of decomposition which can damage the roots of young seedlings, so it’s best to wait a few weeks before planting.