Cover Your Noses Around This Mushroom

You’ll quickly notice the hallmark of the stinkhorn mushroom: a foul odor that can’t be missed. 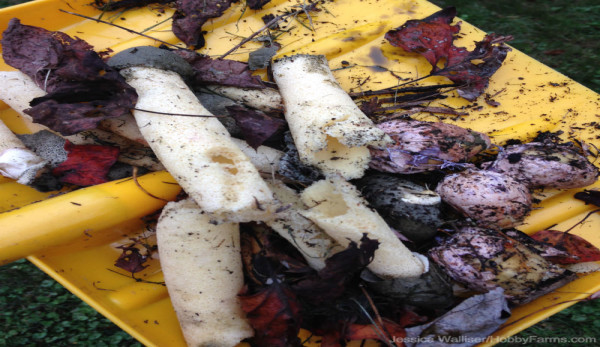 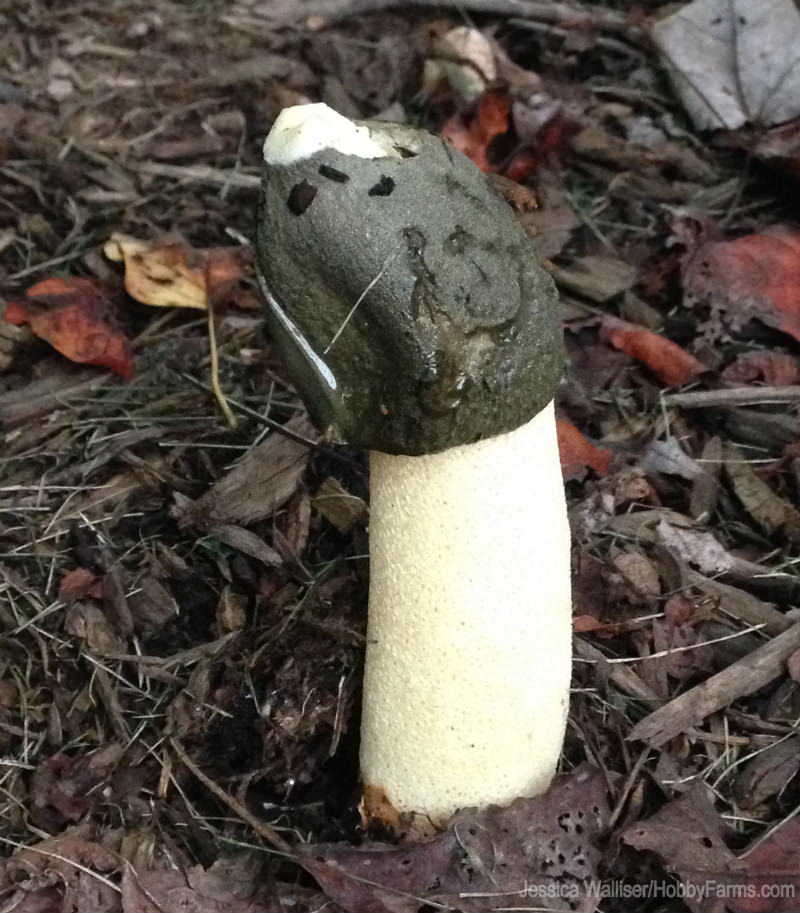 I walked outside the other day to give the chickens some kitchen scraps and one of nature’s foulest odors singed my nostrils and nearly sent me running back into the house. I’m not talking about manure or a skunk or even a dead body. I’m talking about a living organism—one with a smell so distinctive that nothing else compares. I’m talking about a stinkhorn.

Members of the mushroom family known as Phallaceae are commonly called stinkhorns for both their horn-like growth (read: phallic-like growth, hence the familial name) and their stench. There are nearly 80 different species of stinkhorns worldwide. The one I found in my Pennsylvania garden is the Eastern North American stinkhorn (Phallus ravenelii).

The the first sign of a stinkhorn’s presence is often the odor. Likened to rotting flesh, the fungus emits the fragrance to lure in flies and beetles. These insects feed on the mushroom’s slimy coating, which contains millions of spores. As the insects feed, they get covered in spores and carry them to other places. Like many other common stinkhorn species, the Eastern North American stinkhorn grows on decaying wood or tree roots found in forests, lawns and mulched flower beds. Fungi play an important role in nature, graciously serving the very unglamorous role of decomposers or helping plants acquire nutrients in a symbiotic relationship.

After the spores fall off the insect, they quickly develop into a 1- to 2-inch wide egg-shaped peridium, located just beneath the soil surface. Also known as witch’s or devil’s egg, the peridium grows very quickly and matures to the size of a chicken’s egg in a day or two.Shortly after reaching maturity, the egg “hatches” and the stinkhorn emerges. They are extremely fast-growing, reaching 3 to 10 inches high in just a few hours. If you can find a mature yet intact stinkhorn egg, put it in a tightly sealed large jar with a bit of moist soil in the bottom and watch the stinkhorn grow over the course of the day. It’s a great science project for kids—just make sure the jar is sealed if they take it to school or into the house! 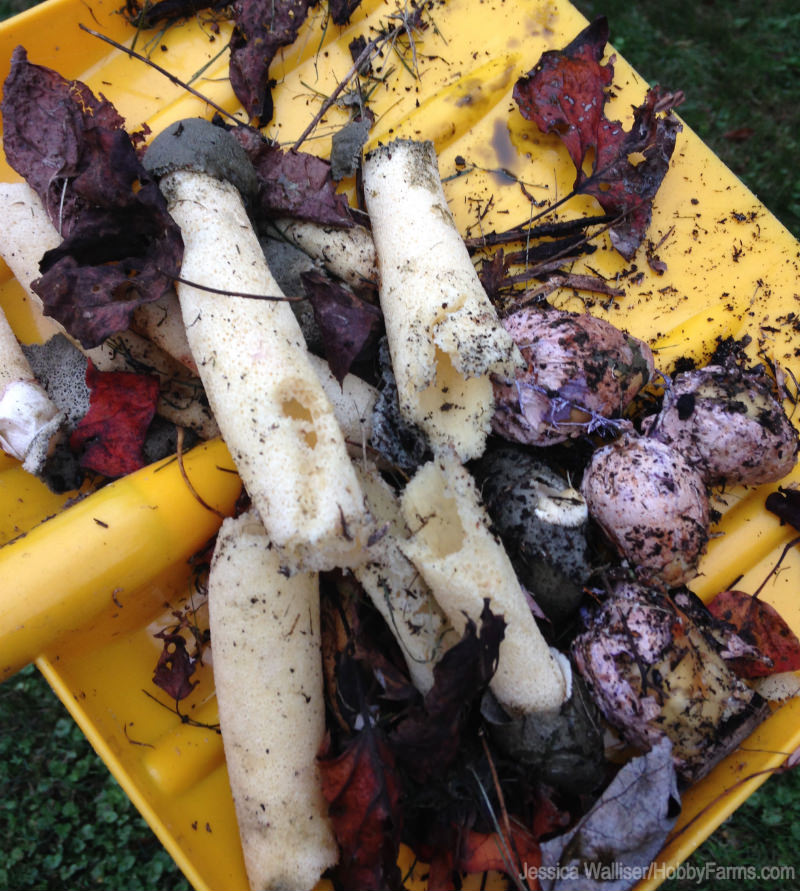 As soon as I smelled the presence of this fungus, I knew I had to find it. My guess was that there were multiple stinkhorns in the area, both because they often grow in groups and also because the smell was so strong. After a brief search, I found about eight mature stinkhorns tucked underneath an ornamental grass in my perennial bed. I found several eggs in the area, as well. I used a rake and my son’s plastic snow shovel to scoop them all out and toss them into the woods where they can grow to their heart’s content. The smell was gone immediately.

If you ever find a stinkhorn in your own garden, or in the woods, this key is great for identifying which species you’ve found.