Cranberry Sauce with Pears and Anise

Pears and anise add delicate flavor for this take on the traditional cranberry sauce. 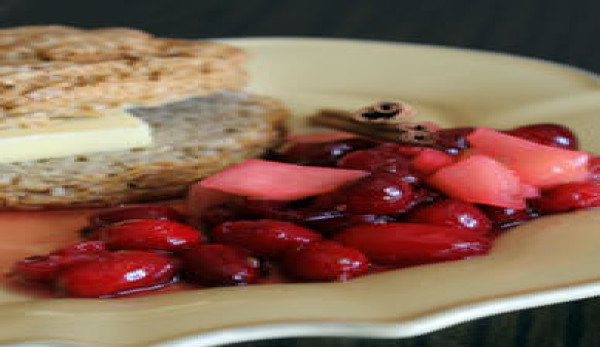 Preparation
Finely grate zest from orange. Squeeze juice from orange, adding enough water to make 1/2 cup.
In 4-quart pan over high heat, stir orange juice mixture, zest, sugar, anise seeds and cinnamon stick until sugar is dissolved, about 1 to 2 minutes. Stir in honey and pears, and bring to boil. Reduce heat to medium, and stir occasionally until edges of pears are just tender, about 3 minutes.

Stir in cranberries. Leaving heat on medium and cook, stirring occasionally, until cranberries begin to pop and pears are tender when pierced, about 6 to 8 minutes. Let cool. Pour into bowl and refrigerate. Remove cinnamon stick, and serve chilled.