Left alone, patches of creeping grasses such as quackgrass and Johnson grass can take over large portions of your farm. Here are ways to control them. 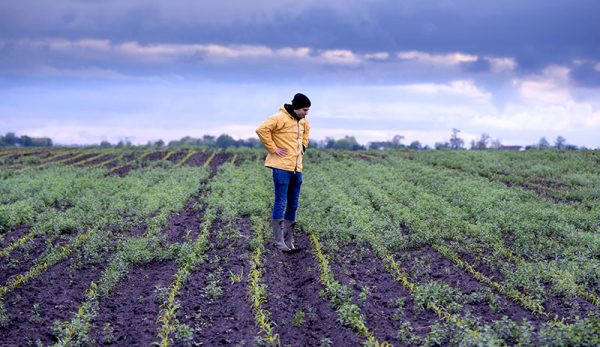 If you’re like many growers, you’re probably already all too familiar with creeping grasses such as quackgrass or Johnson grass. For those who havenŌĆÖt encountered them before, creeping grasses are an especially unwelcome weed. They have the ability to spread underground using long rhizomes. Left alone, small patches of creeping grass can spread incredibly quickly and are very difficult to remove once theyŌĆÖve become established.

Here are six strategies you can use to manage creeping grasses on your farm.

Given how difficult it is to remove large patches of creeping grasses, prevention is incredibly important. If you have small areas of creeping grasses around your farm, begin to address them now before they spread. Additionally, after working in an area with creeping grasses, make sure to clean any soil from your equipment to prevent transporting rhizome fragments to other sections of your farm. Amazingly, these small fragments sprout and grow into a full patch of grass quickly if you let them.

Once you have a large patch of a creeping grass on your farm, complete eradicationis probably impossible. Rather, the best you can do is to keep the grass in check enough so that it doesnŌĆÖt affect your crops.

The most effective way to remove creeping grasses is to manually pull them up using a garden fork or broadfork, ensuring that you extract as much of the rhizome as possible. Although this strategy might work well for small problem patches, it typically is nut feasible for larger infestations.

By itself, tilling creeping grasses can be a counterproductive management strategy. Although tilling temporarily knocks back the grass and chops up its rhizomes into pieces, these small pieces of rhizome resprout quickly, even from several inches underground.

Tillage can be an effective management strategy, however, if it is combined with another method designed to drain the rhizomes of their energy. One method of doing this is to combine tillage with occultation, a method of weeding that uses large tarps to cut the weeds off from sunlight. After tilling the area infested with grass, cover it with a silage tarp for several weeks. Without access to sunlight, the rhizomes that sprout under the tarp either die back or subsist in a weakened state. After several weeks, pull back the tarp and till the area again before covering it again. Several cycles of tilling and covering the areaŌĆöwhich can take the majority of the seasonŌĆöshould deplete the rhizomes enough so that most of them wonŌĆÖt sprout again.

Instead of occultating the grass after tillage using tarps, you can also solarize the rhizomes. Solarization uses clear plastic to heat the top several inches of the soil, triggering weeds to germinate that are then killed by the high temperatures under the plastic. Similarly to occultation, it takes several cycles of tilling and then solarizing the soil to substantially exhaust the energy stores in the rhizomes.

Another, simpler strategy to exhaust the energy of the creeping grasses on your farm is to repetitively till the areas infested by them. Instead of using occultation or solarization to sap the energy from the grass rhizomes, this strategy involves continual tillage to chop the rhizomes smaller and smaller and disrupt any growth.

Although this method can be effective, it requires more time and effort and can also substantially impact the soil structure of the growing area.

Once youŌĆÖve used one of the methods above to substantially knock back the creeping grass from an area on your farm, planting a cover crop can help to exclude the grass from the area. Select a quick-growing cover crop such as rye, and make sure to seed it densely enough that it thoroughly covers the area.