Go beyond the eye of newt this spooky season with some "creepy" (but tasty and traditional) recipes that make use of chicken offal. 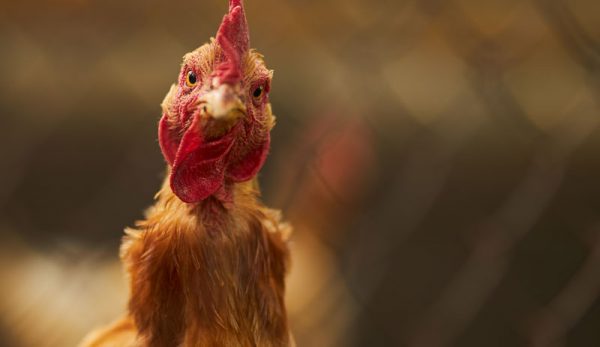 Around Halloween time, it’s not unusual for those who celebrate the season to spookify their homes with cobwebs, jack-o’-lanterns, skeletons and all sorts of unearthly decor. No part of the house is exempt from the eerie embellishments, not even the kitchen. But would you expect to see ovary of hen and comb of rooster on the prep counter instead of eye of newt and wing of bat? The answer, for those who appreciate chicken offal, is a resounding yes!

Offal has long been regarded as the unwanted leftovers once an animal (such as a chicken) has been butchered for its meat. It is typically discarded or processed into other foods for human or animal consumption. But many cultures throughout the world consume these “variety meats” as part of their regular diet.

The stomach, intestines, brains, tongue and kidneys of animals such as cattle, sheep and pork are common ingredients in the cuisines of Italy, France and the United Kingdom, as well as throughout Asia. Chicken offal, such as livers, hearts, gizzards, and even feet, has been part of the American culinary scene for generations.

With the popular nose-to-tail trend of using an entire animal, however, more of the chicken is showing up on the dinner plate.

Trying new dishes with outlandish (offbirdish?) ingredients is not for the faint of heart. And that makes this the perfect time of year to give this trio of chicken offal recipes a try. Contact your butcher well ahead of time for these special ingredients. Then prepare and serve them up at your Halloween festivities.

Who knows? Your friends and family might find them “offally” good and request them at any time of the year.

Read more: You can make and preserve your own chicken bone broth. Here’s how.

My paternal grandmother, Margaret Balzar, brought a lot of recipes with her when she immigrated to the U.S. I specifically remember her palacinka, sweet cheese crepes, Hungarian goulash and her  patience attempting to teach her daughter-in-law (my mom) to cook these Eastern European favorites.

In a large stew pot or Dutch oven, heat the olive oil over medium heat. Add the onions and garlic, then cook until translucent, stirring frequently (about six to eight minutes).

Blend in the paprika, stirring continuously to coat the onions evenly.

Once the wine is incorporated, lower the flame to a simmer. Cover the pot and stew the ingredients for approximately 25 minutes or until the testicles are tender and the sauce has thickened, stirring occasionally.

Season to taste with salt and pepper. Serve over rice.

Region of Origin: Italy
Servings: 4 to 6

My maternal grandfather’s family, the Malaspinas, can trace their origin back to 12th century Italy. Cibreo may not have existed back then. But this chicken offal recipe is said to have been a favorite of Catherine de Medici in the 16th century.

Place the wattles and combs in a large pot. Add the 3 cups of chicken broth, then bring to a boil. Reduce the heat to a simmer, and continue cooking for 25 minutes.

Remove the pot from heat. Allow to cool to room temperature.

Using a slotted spoon, remove the wattles and combs from the stock. Allow them to drain on paper towels until dry. Discard the used broth (or save it for a treat for a pet).

Using a sharp knife, carefully remove the outer layer of skin from the wattles and combs. Chop these and the chicken livers into bite-sized pieces. Then pat with paper towels to remove any lingering moisture.

In a Dutch oven or large pot, melt the butter over medium heat. Toss the pieces of wattles, combs and livers in the flour until well coated, then add to the butter. Fry the meats, stirring occasionally, until brown on all sides.

Add the shallots and stir, cooking for another two to three minutes or until the shallots take on some color. Sprinkle the mixture with 1 teaspoon of the flour, stirring well to incorporate. Add the wine and cook, stirring frequently, until the liquid is reduced by half and well thickened.

Add the chicken stock, stirring well to blend. Continue cooking until the liquid reduces to the consistency of a thick sauce. It should coat and cling to the back of your cooking spoon. Remove from heat, then add the two egg yolks. Stir immediately to incorporate the yolks into the sauce.

Next, add the heavy cream, blending it into the sauce. Season the sauce with salt and pepper to taste. Spoon over bowls of bow-tie pasta. If desired, top with crumbled bacon or pancetta and parsley.

Whenever I visited New York City, my former in-laws made it a point to take me to eateries such as Yonah Schimmel’s and other Jewish restaurants in Manhattan’s Lower East side so that I could sample the flavors of their culture. This soup was their answer to any ailment that I or my sons came down with.

Place the chicken breast side down in a large stew pot or Dutch oven. Pour the water over the chicken until the water level is about 4 inches from the brim of the pot.

Skim the fat from the top of the cooking liquid.

Add the garlic cloves, then simmer for another 90 minutes uncovered. Using a large sieve, strain the broth from the rest of the ingredients. Place the broth in a large pot or Dutch oven.

Place the cooked chicken on a plastic cutting board, and remove the skin and bones. Chop the chicken meat into bite-sized (or larger!) pieces. Add the chicken meat and the vegetables back into the broth. Heat to a simmer.

Carefully remove the largest yolks from the ovary membranes and add them to the soup. With a sharp knife, slit the ovary membranes to release the other yolks. These will range in size from pea size to almost regular yolk sized. It’s okay if some membrane gets in the soup.

Allow the yolks to gently poach in the soup. Cook the yolks through to your desired consistency—soft or hard cooked. Serve topped with fresh parsley sprigs.

Are these chicken offal recipes not creepy enough? Consider trying celebrity chef Chris Consentino’s infamous recipe for candied cockscombs with cherries and vanilla rice pudding. Or venture outside of the henhouse to another type of poultry with this recipe for deep-fried duck tongues.