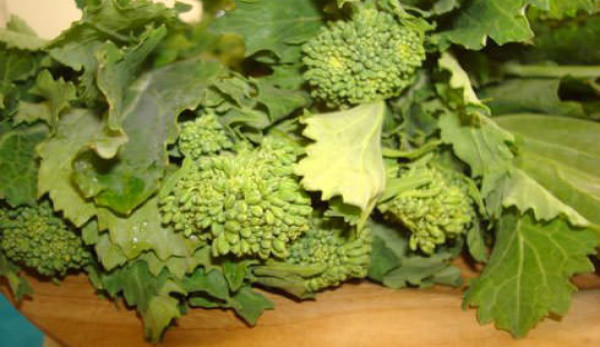 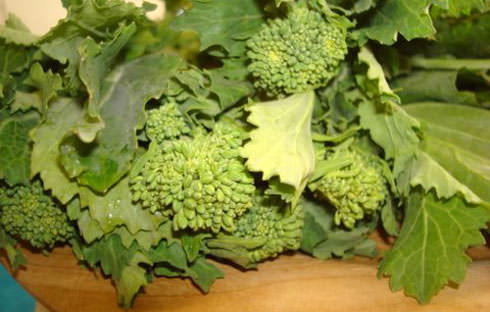 When I was growing up and wandering around the fields and forests, I ate a whole lot of wild mustard-flower buds. I still eat a lot of wild mustard whenever I encounter it, and sometimes I even pick a bagful of the flower buds to take home and throw into one of my salads. When I moved to Italy, I was surprised, and pleased, to see that eating these tart and tasty flower buds is an acceptable mainstream practice here. Farmers out here actually cultivate the plants that produce these yummy little florets.

What Iâ€™m talking about is cima di rapa, or as the English-speaking world calls it: broccoli rabe. The cultivated form produces plumper florets than the wild cousin, but as far as my taste buds are concerned, itâ€™s the same thing.

The Western world is starting to wake up to the deliciousness of these humble broccoli relatives, but thereâ€™s a whole lot of confusion regarding the name of this plant, which is identified with many different names: broccoletti, broccoli rabe, spring rabe, fall rabe, raab, rappi, friarielli and rapini. My favorite name for this plant is definitely Bargemanâ€™s cabbage, but I suppose the steep decline in the numbers of active bargemen has reduced the general use of that name. Rabe is the Latin term for turnips, so broccoli rabe means essentially turnip broccoli, which is an accurate description, since the edible florets do very much resemble loose broccoli sprouts. In Italy, the name cima di rapa is used, which means turnip tops, and a great many localities have their own variety of cima which is proudly preferred over any others.

It is surprising how many different edibles we get from the Brassica genus. Broccoli, cauliflower, cabbage, kale, napa cabbage, pak choi, turnip, rutabaga, rapeseed, canola, and mustard are all members of this over-performing genus that we often call cole crops or cruciferous vegetables.

Broccoli rabe is like most cole crops in that it generally prefers the cool seasons, but some growers manage to eke out smaller crops of florets even through the summers. The plant grows similarly to broccoli in the way that it will produce a series of new harvestable shoots, so the growers can usually harvest two or three times from the same plant. Rabe is susceptible to the same problems as other cruciferous vegetables, and cabbage worms and snails seem to cause the most trouble. Several American seed sellers offer broccoli rabe seeds.

I think these fresh florets are best steamed lightly and served with pasta. Down in the south of Italy, cima di rapa is very frequently served with orecchiette, which is an ear-shaped pasta.