The head of the cabbage family, this brassica will have many uses on your hobby farm. 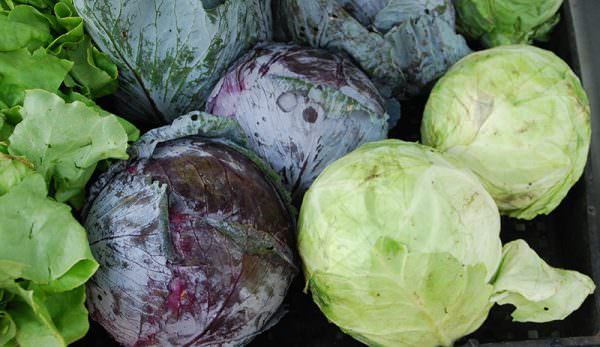 People grow cabbage for many reasonsãmaybe youãre a sauerkraut enthusiast, a connoisseur of coleslaw or your Irish roots encourage you to consume mass quantities of corned beef and cabbage. Historically, cabbage was a favorite of both the Romans and the Greeks, and European peasants subsisted on cabbage for centuries. Sailors who consumed cabbage during long sea voyages reported reduced incidences of scurvy. Nowadays, we know that this was the result of the cropãs high vitamin-C content.

Regardless of your culinary cravings, you can choose from early, mid-, and late-season cabbage in red, green and Savoy varieties. Early maturing varieties of cabbage usually weigh about 1 to 3 pounds, while later-maturing varieties can reach more than 4 to 8 pounds.

Cabbage does best planted in a sunny area, though some shade is tolerated. Aim for good, fertile soil, but watch theô pH; if your soil is too acidic, add some lime. Soil that is heavily fertilized may cause cabbages to grow too rapidly, resulting in cracked heads. Start your seeds indoors rather than sowing directly in your garden for an earlier date of maturity. Sow the seeds 1/4- to 1/2-inch deep and space them 3 inches apart. Later, transplant the seedlings into your garden, planting 12 inches apart for early varieties and 24 inches apart for late varieties. Allow 18 to 34 inches between rows, and harvest while the heads are still small.

For the best flavor, plant at least one Savoy variety in your garden. Savoy is the ãbest of winter brassicas,ã according to an 1843 issue of The Farmerãs Magazine. The 1911 edition of the book Making the Farm Pay (edited by Willis McGerald) explains, ãThere are two general types of cabbage, the wrinkled and the smooth-leaved. The wrinkled-leaved sorts are regarded by some as superior in quality, but they are less productive than the common type and, hence, are not so generally grown.ã