You'll be surprised with the taste of this palatte-pleasing crop. 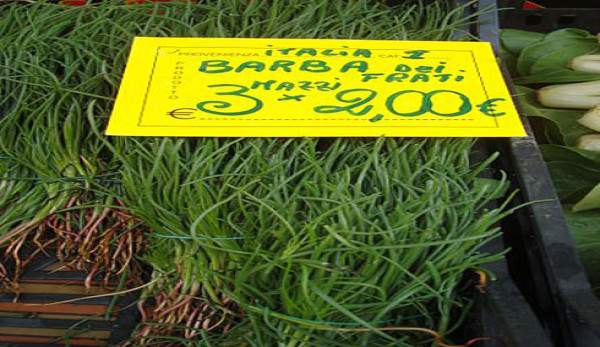 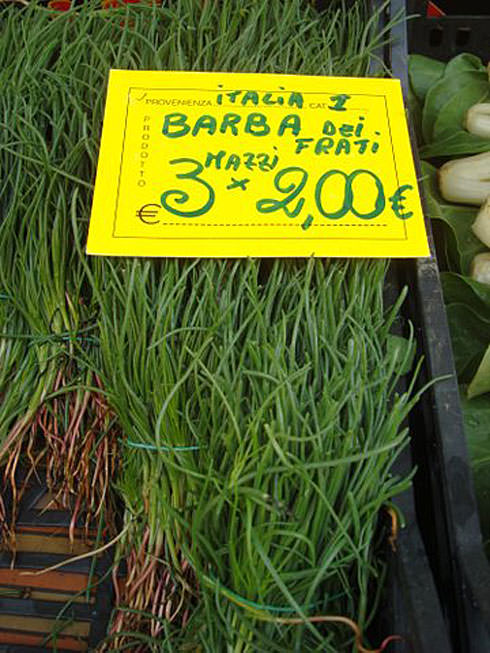 This week marks a milestone of some sort because I donāt think Iāve ever written about a more obscure vegetable. Why itās so obscure, Iām not sure, because it tastes great and a lot of folks in Spain and England, where it is known as agretti, eat it with gusto. Here in Italy, it mainly grows down south in Sicily, and then shows up in the northern open-air vegetable markets in April and May. Also known as Monk’s Beard, we eat it here in Italy as a steamed vegetable either alone or as a bed for fish. Weāre eating more this year, and I am really enjoying it.

The taste is a bit surprising the first time one eats this vegetable because it looks either like a small onion clump or those grass plants veterinarians tell us we should grow for our cats, but it actually tastes like a more refined version of spinach and chard. The botanical name, Salsola soda, gives a hint to the ability of the plant to grow in salty or sodium-rich conditions. There is also a Japanese version known as Land Seaweed.

I should have written about this crop last fall since thatās when agretti seeds should be planted. This is a cool-season crop, so it prefers winters that are cool but not cold. The poor germination rate of the seed is legendary but, once it germinates, the plants grow very well with few pests. Plants that are seeded in the fall can be harvested in the early part of the following spring, or while the clumps still have long, slender leaves. Once the plant starts to branch it becomes very tough. The mature plants seed enthusiastically, so seed for the following yearās crop is easily harvested from the small, shrubby plants. Oddly, this plant is a cousin of tumbleweeds, made famous in Western movies.

The plants will tolerate a salty situation, but they grow better in a non-salty garden. They like full sun but can grow under deciduous trees. This is not a large growing plant when it is harvested regularly and kept at the small size used for eating. Because of this, it can be grown in relatively small garden spaces. Thereās not a lot of post harvest cleanup required or waste foliage to trim away, as the grass-like tufts that one harvests can be almost completely used.

Agretti is usually served as a vegetable bed for meat and fish dishes, and pasta served with soft cheese, and agretti is a very tasty dish that is frequently recommended in cookbooks based on southern Italy cuisine.

Salsola soda is often listed as a moderately invasive weed, but itās not illegal, and a few online seed dealers have listed seeds for sale in the U.S.

I know there isnāt a general hue and cry for new leafy green choices during the chard and spinach season, but agretti does in fact hold its own in said company and definitely adds something pleasurable to the seasonās green palette.