Oregano is a really popular plant to grow. 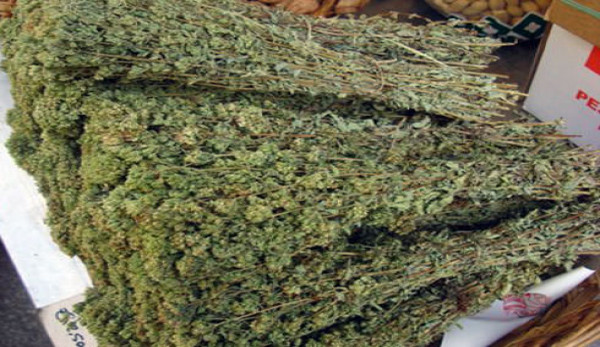 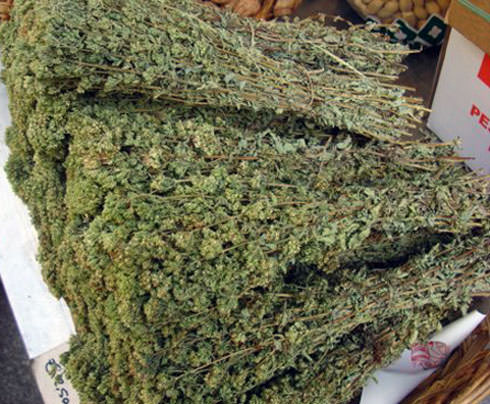 Whereas most herbs for the kitchen are preferred fresh here in Italy, oregano is one really popular spice that is almost always used in the dried form.

There is a bit of variation among the various species of oregano, but the most common are Origanum vulgare, which has purple-pink flowers (I grow this one.) and Origanu m heracleoticum, which has white flowers and is commonly called Greek Oregano. Both of those species are common wild plants around the Mediterranean basin. The island of Sicily is particularly heavily covered by Origanum heracleoticum. Tracking down the dozen or so named varieties that appear in the United States nursery trade can be fun, but most of it has a pretty similar flavor, so gardeners can just be happy with whatever type they happen to find.

Oregano is a perennial, but in colder climates it is also grown as an annual. It grows almost 3 feet tall in the most extreme situations, but half that is a more common height. It does spread laterally by sending out runners. Iâ€™ve found that keeping the dirt edge around the oregano plants well weeded and slightly cultivated helps the plant clump to flop sideways and increase its diameter over the course of a season. One plant can grow from a 6-inch pot to a clump 2 feet or more across in one season, and the bigger the clump, the more harvestable upright stems will be produced. Two plants can easily fill a 6-foot-long bed over the course of two seasons.

Oregano flowering usually starts in July to September, depending on the location, and the flowers stay open for about a month before they start withering. Oregano can grow at up to about 6,000 to 7,000 feet altitude; in the wild, oregano seems to prefer rocky, sunny and dry locations. Cultivated oregano is mostly grown on deep and fertile soils, but new methods are pushing crops onto more marginal land.

There is a fair amount of hooey flying around about how the flavor of cultivated oregano can be ruined by pampering the plant too much. It is true that oregano grown in good, deep soil will produce much larger quantities of harvestable stems. Plus, if those plants are not fed an excessive amount of nitrogen late in their growth cycles, then everything will be fine and the resulting oregano will taste good. However, what happens sometimes is that gardeners grow oregano in a pot as part of a group of patio pants that he or she feeds every week with liquid fertilizer. In this case, yes, too much fertilizer can lessen the strength of the flavor of the leaves.

Sunshine and drainage are good for oregano plants, but a bit of shade can be tolerated, and the young and mature flowering plants will both appreciate frequent watering. My main oregano growing tip is to keep the patch weeded very well, in such a way that there are no other weeds growing amongst the clump. In that way, at harvest time, itâ€™s easy to harvest handfuls of oregano only, without any weeds needing to be removed.

I harvest the plants while they are flowering, and this seems to be the most common practice here. Once Iâ€™ve cut the handfuls of stems at about a foot or so in length, I wrap those in little bundles and store them for a month in a warm dry dark place to cure them. Then they can be kept in paper bags for many months and used when needed.