Just as in larger agricultural operations, crop rotation is important in the home garden, too, for preventing pests, maximizing nutrition and increasing vegetable yields. 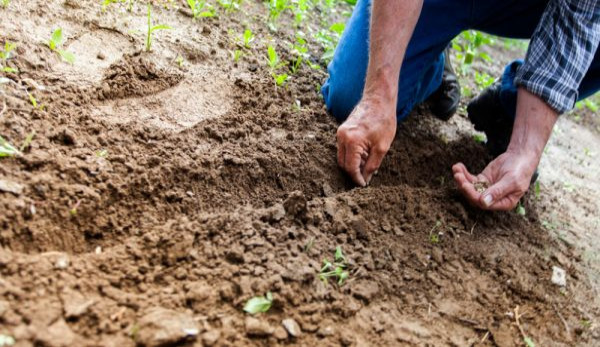 Quality, tasty vegetables get their start from healthy soil. But if you plant the same vegetable group in the same place, year after year, soil can become depleted of nutrition, pests and diseases can gain a toehold, and your harvest yield will drop.

A couple of years ago I learned this the hard way. Because they looked pretty, I grew a variety of ornamental gourds over two trellises in my kitchen garden for three years running.

But I paid the price.

Squash beetles descended on my garden, making it nearly impossible for me to grow even the humblest zucchini. Squash beetles were able to thrive in four beds in my garden. And why not? I had provided the perfect environment for them. What I failed to do was rotate.

Each vegetable group has its own pests, soil-borne diseases and nutritional needs. Therefore, the practice of rotation helps to balance the environment of your garden and ensure a bountiful harvest in a natural way.

Vegetables are grouped into nine families:

Keeping the families in mind, youâ€™ll set up your garden bed rotation based on needs, with each group following the next in a logical way. For example, brassicas deplete rich soil, and since rich soil leads to leafy growth, root vegetables should follow brassicas. That way the plant will put its efforts into growing a better root and less top growth.

Legumes enrich the soil with nitrogen that solanaceae need. So you can look at your garden and get an idea of what nutrients remain in each bed after each plant group is harvested.

You should also leave a bed or area fallow every three or four years to allow it rest. Plant fallow beds with a green manure crop, such as buckwheat or field peas, which will be tilled back into the soil to provide nutrients and organic matter. Many seed companies sell packets of green manure seeds.

The easiest way to rotate is to divide your plant groups into four categories:

Another method is to split your groups into legumes, roots, leafy, fruiting and green manure.

Of course you can have as many beds as you want. Just keep the rotation principles in mind and make sure that a crop in the same family never follows another in a specific garden bed.

Crop rotation is a little trickier when it comes to a smaller garden. Youâ€™ll have to get a little creative. Simply moving potatoes a few feet further down your patch is something, but it wonâ€™t give you many benefits.

Your garden doesnâ€™t have to be confined neatly in one space. You can rotate outside your plot.

Think about putting vegetables in your ornamental garden in the front of your house. There are beautiful vegetables that can be the star of a flowerbed, such as bullâ€™s blood beet and Bright Lights Swiss Chard.

You can set up a tripod or trellis in that space next season and run cucumbers up them, and plant peas and beans the next. Take heavy feeders out of the garden one season by planting potatoes and tomatoes in grow bags and setting them in sunny parts of your yard.

Another option for those with tight spaces is to rotate with a friend or neighbor. One year theyâ€™ll grow heavy feeders and youâ€™ll grow light feeders, and you swap the next year.

There is a caveat with rotation. If a vegetable has been growing just fine in a certain spot in your garden, then by all means keep growing it there. Donâ€™t change a method thatâ€™s working for you. But if youâ€™re not getting your all from your garden, try rotation.

This year I learned from my gourd mistake. I didnâ€™t plant a single squash in my garden, but I did plant pumpkins and winter squashes on an almost finished compost heap. The squash were wonderful and bug free.

I plan to keep squash out of my main garden for another year and then try again.