6 Crops Farmers Should Consider NOT Growing for Market

Some crops can't fetch the price needed to make a profit, while other crops appear in abundance certain times of year so you should put your energy elsewhere. 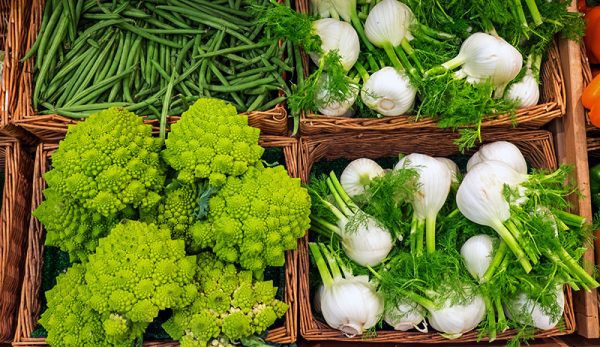 One big mistake market farmers make is assuming they need to grow a wide variety of crops to have a great market table. Although variety is often good, some crops might not be the most profitable or sell the best, so market farmers should consider skipping them.

So letâ€™s look at a few of these crops that, in our nearly 10 years of market experience, have not always been worth the labor that goes into them. That said, I also include a few reasons and situations in which I would recommend a certain crop, because it isnâ€™t always about profit. Sometimes, crops have other values.

Unless you have an extremely efficient planting, cultivating and harvesting system, it is simply hard to charge what a potato is worth at market. This is a crop we grow for ourselves on our farm and our CSA but never for market because the price rarely matches the effort. That said, customers do buy them, so if you want to use this as a lure for other crops, especially if you can be first to market, potatoes can draw in more customers.

Long season brassicas that often suffer from pest and disease issues have become crops that, for us, are no longer worth bringing to market. Because they take up so much time and space, the price you need to ask versus the price the customer is generally willing to spend are very different. That said, if you can grow them early without pest pressure, and can get a decent price at your market, they can certainly fill a niche, and customers will buy them up.

Beans are a frustrating addition because of how much customers love them. But you should scrutinize labor-intensive crops such as green beans for whether they can bring a price that makes them worth the effort. Growing larger beans such as Roma can help reduce the labor involved, but generallyâ€”at least without a proper bean harvesterâ€”they are not worth the cost they take to produce. In my experience, plenty of larger farms grow beans, so it’s not an area where we can compete or a product we need to grow for our customers.

Many new growers are tempted to grow things other farmers donâ€™tâ€”different colors, shapes or sizes of certain crops, or ones that others don’t grow at all. The problem with that, generally speaking, is that customers like what they recognizeâ€”there is a reason other farmers don’t grow them. That said, it’s worth testing now and again, especially with your regular customers. We found that fennel and celeryâ€”two crops we do not usually see at marketâ€”sold surprisingly well.

Sweet corn, unless it’s grown on a large scaleâ€”but perhaps not even thenâ€”is not an inherently profitable crop. Do customers love fresh sweet corn? Absolutely. Does that mean you have to be the one who provides it? The answer to that is yes only if you have run the numbers and you make a decent profit given your labor and seed cost in producing it. For us, we cannot charge less than a dollar per ear and make any profit. Most customers, given that price, just go elsewhere.

Tomatoes and squash can be extremely profitable crops … unless everyone else at market has them. In the middle of the season when the market is saturated with squash, tomatoes, zucchini and similar crops, itâ€™s worth backing off and growing other crops not as common at market during those times such as lettuce, beets and carrots. For us, weâ€™ve found that if we can have early tomatoes and late tomatoes, our profit on those crops is exponentially higher. But as soon as others arrive at market with squash, we rip our squash vines out and plant those beds to something else.