Some of these crops take extra effort to produce throughout the summer, but they're in demand and nearly always sell well. 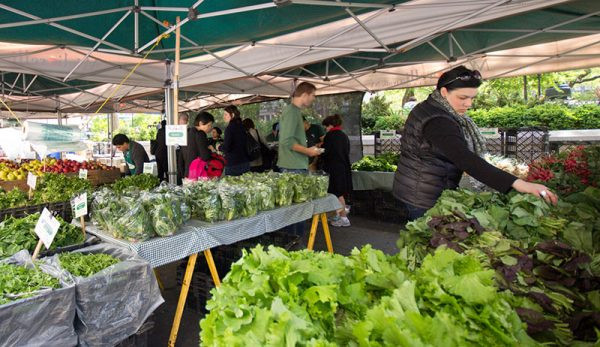 If you sell vegetables at a farmers market, it’s not always wise to grow the same market crops as a lot of other sellers. The larger farms that have sold at the market for years generally have the sweet corn, melons, potatoes, main season tomatoes and squashes covered. Because of this, the price can often drop dramatically in the warmest months when supply outcompetes demand by a considerable margin.

So I often recommend that sellers try a few crops you probably won’t see at market. To some extent with all these crops, I’ve had success growing them over the summer in central Kentucky. They’ve also sold like crazy. You needn’t grow and sell all of them because each oneÂ requires care to produce all summer. But letâ€™s look at those crops, and Iâ€™ll give some guiding considerations for each. None grow easily in the heat of summer, mind you, but if I can do it in balmy 6b, and other growers can south of here, you can, too.

Variety plays a big role in the success of any of the following crops, but especially lettuce. You need a heat resistant variety such as Cherokee or Muir to survive the scorching sun and heat. I like salanova as a cut lettuce (grown as head then cut and mixed). However, you need to do every little piece right or you end up with bolting or bitter lettuce. Germination must occur in trays, not in the soil (if youâ€™re in a hot climate) as lettuce will not germinate above 80 degrees, and often not above 75. It must get consistent moisture and possibly some amount of shade over the first two weeks as it establishes itself. On very hot days, turn on a sprinkler just to mist and cool the lettuce. You must harvest it early in the morning then move it straight into a cool space. Itâ€™s a lot of work, but you will be rewarded handsomely.

All summer, beets can do surprisingly well in (well-ventilated) covered spaces such as a high tunnel. The plastic provides a small amount of shade that keeps the leaves from scorching. It also keeps too much moisture from collecting, which reduces disease issues. Consider transplanting beets, however, and not direct seeding them until later in the season. That said, if you have a good irrigation program, you can grow beets in the field. Water them consistently and cool them down as much as possible.

Another crop that thrives under the plastic of a high tunnel is the turnip. I have had the best luck with these after the solstice, but they are a fairly fast and reliable root crop to have on your summer table. The white bulbs with greens attached make a nice contrast to the reds and purples and yellows of summer. And people love turnips. Disease can be an issue in warmer climates, and I recommend covering the turnips with insect netting to keep out pests. Cabbage moths, flea beetles and harlequin beetles like turnips, too.

Celery is in some ways the easiest of these crops to produce, although it takes a long time to mature. Celery is not a fast crop, and it requires a fair helping of water. (I couple the water with a lot of mulch to help hold in any extra moisture that I provide.) But once celery is established, it thrives in the heat. Almost no one at market bothers with it while customers eat it up. Parsley is very similar (same family)â€”a great summer crop that often just gets neglected by other commercial growers despite customer demand.

In more humid climates, radishes can be a bit of a challenge, but consistent moisture helps them along as they donâ€™t mind the heat of the soil as much as the dryness of the summer and the scorching of the sun. I like to cover them with some insect netting to protect from various pests, then mist them occasionally to keep them happy and cool. But otherwise they are 25- to 30-day crop that many restaurants and foodies are happy to use all summer. 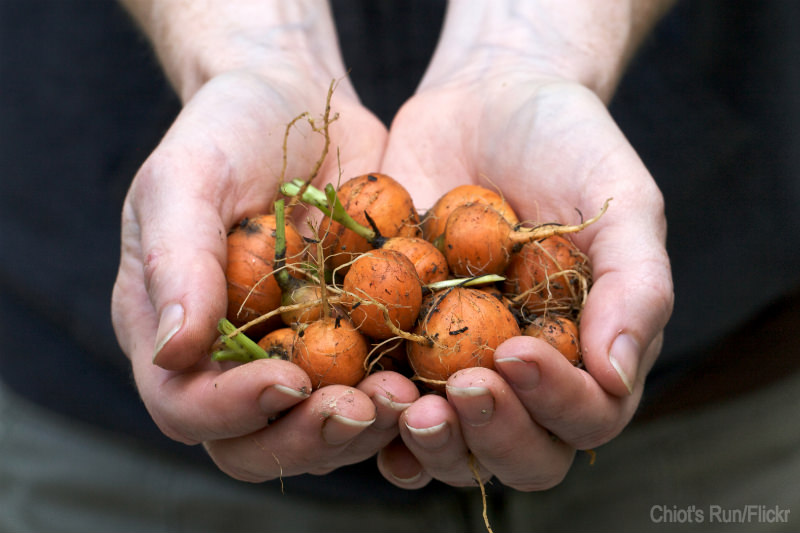 You will never come home with carrots in the summer. Ever. That said, you still have to produce the carrots first. One tip, as with all on this list, is good moisture. Carrots germinate in the summer heat for the most part, but especially if the bed stays wet. Sometimes, on hotter days, it’s a good idea to give them a misting as well to cool the leaves down. Mostly the tops can take the heat, but the soil should stay cooler and moist as much as possible throughout the season.