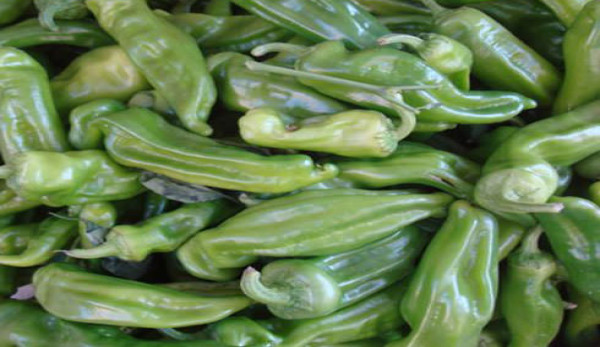 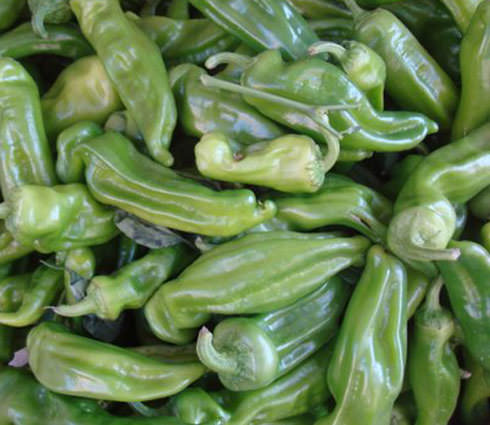 Some of my favorite peppers in the garden now are friggitelli, which are the same as the cubanelle peppers I used to grow in California. In California, these were an oddity, but here in Italy, they are in every market during the spring and summer. I like to make mixed salads during the hot weather, and I like to add peppers, but I find that too much bell pepper adds too much heft and sometimes too much liquid to a mixed salad. These cubanelle-style peppers have much thinner walls than bell types, so they add less bulk while still adding the pepper flavor and a nice crunchiness. Of course, the famous Italian friggitelli dishes and friarelle dishes are based around these cooked peppers. I like them cooked, and am particularly fond of the sweet taste of lightly braised or barbecued cubanelle.

In order to grow I think the seedlings should be grown in very-light conditions to encourage a thick, young stem. I also think cubanelle peppers respond very well to having a lump of fertilizer â€” pilgrim-style â€” under each plant.

I donâ€™t generally like to grow crops that need a lot of pampering but, this year, my peppers are in a raised bed that gets a lot of sunshine on the walls, which means Iâ€™m watering underneath the pepper leaves almost every day. Because the bed is at chest height, I can stick the hose under the leaf canopy of the plants and water just the soil areas. Seems to be working, since I have some fairly impressive peppers at this point.

Iâ€™ve never had a big pest problem with cubanelles. I think the thinner walls and smaller fruit maker them somehow less susceptible to the virus and misshapen fruit and blossom end rot problems that I have experienced occasionally with bell type peppers. I do think these friggetelli seedlings are the same as other peppers as far as being highly susceptible to seedling problems in cold and damp situations. Iâ€™m also certain that being pushy about adding lots of soil-improving organic material that includes some nutritional factor like manure. I think friggetelli like a lot of food, a fairly moist soil but good drainage, and I think a well nourished plant in some way tends to not attract insect pests. I grow my cayenne peppers much differently, and give them less water and less fertilizer, essentially deliberately stressing them, while the friggetelli and jalapeĂ±o and the bell types I pamper.

There do seem to be a wide range of varieties within this type, and although these are all twisted fruits, I do sometimes see in the markets here friggetelli that are more uniformly blocky or have smaller shoulders. Friggetelli are also all larger than the small green peppers sold frequently in the United States, called pepperoncini, and more twisted than the somewhat-similar banana peppers.