As the first photograph shows, the cucumber crop is doing very nicely this year. 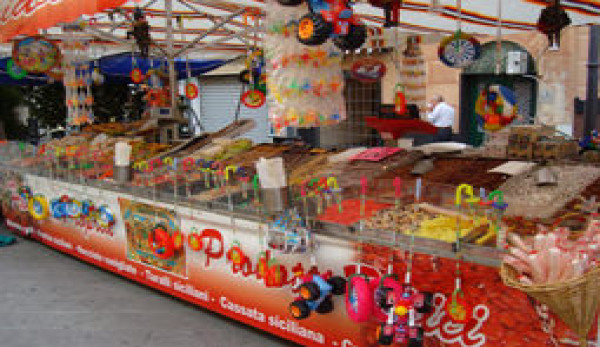 As the first photograph shows, the cucumber crop is doing very nicely this year.Ā

I usually grow cucumbers on a vertical trellis, but this year I wanted to try a horizontal trellis because I think the sun exposure is greater horizontally, and the clean fruits hang very nicely.Ā

The results are pretty impressive, and weāve been eating cucumbers like crazy and giving them away to neighbors for more than a month.Ā

In addition to the main planting, there is a second planting seeded behind the first, and they are just now starting to grow into the areas where the old leaves of the first plants are withering and making space for new vines to reach the sunlight.Ā  I also have a few lemon cucumbers and some pickling cucumbers planted in the second group.
Ā
Weāve made one batch of cold cucumber soup, and it was pretty tasty.Ā

We used a bit of fennel instead of the dill specified in the recipe, and it seemed to work okay.Ā  Weāll probably make a second batch, cooking the cucumbers this time before putting the mix into the chopper.Ā

IĀ should note that when I say we, I really mean that my wife does all the work and makes all the decisions and I provide emotional support and some generally ignored advice.

The first few days of July are the big festival days in which the Madonna is saluted here in Rapallo.Ā  At 8Ā a.m. on the first day, there are a bunch of fireworks down at the harbour.Ā

My favorites are the little mortars, which are really loud, loud enough to rattle the windows in my office a mile up the creek from the waterfront.Ā  The pigeons panic, and some owners cover the ears of their little dogs, but the event is generally enjoyed by all.Ā

Then the fireworks are repeated at noon, the following noon, and again the third noon, followed by the big show the third night, timed to salute the waterfront arrival of the procession of huge crosses and the Madonna statue that started wandering through town about an hour previously.Ā Ā

This procession draws a big crowd, and the streets are all packed with jostling Italians.Ā  Give an Italian an inch and heāll happily stand right in front of you.

The festivities are accompanied by three days in which all the little passageways and plazas in the city center are filled with booths selling everything from deodorant salts to African carvings and cheap salami.Ā

The candy makers of Sicily furnish the products for a number ofĀ  big booths for the events like this, and this booth in the second picture is one of a half dozen similar in the mixture this year.Ā Ā

These candy booths feature a dozen types of candied nuts, a bunch of the colorful pastry statues and fake fruit for which Sicily is famous, and dozens of other candy types.Ā  I used to be dazzled by all this pageantry and color, but Iām pretty jaded now.Ā

This year I attended only the 8 a.m. show, with my wife, and the only booth visiting I did was to take this picture early in the morning before the eight jillion customers arrived.Ā Ā