Possibly the most robust of the squash vines, cucuzza is an Italian treat that might soon make it's way into the hands of U.S. farmers. 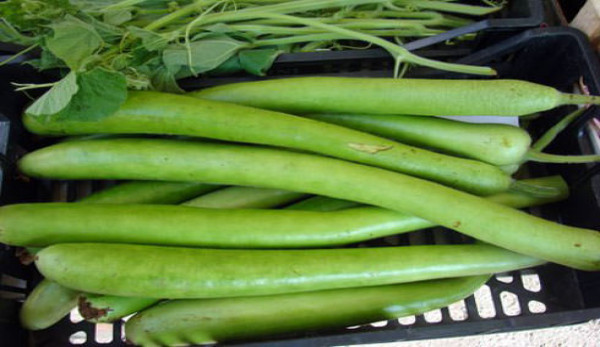 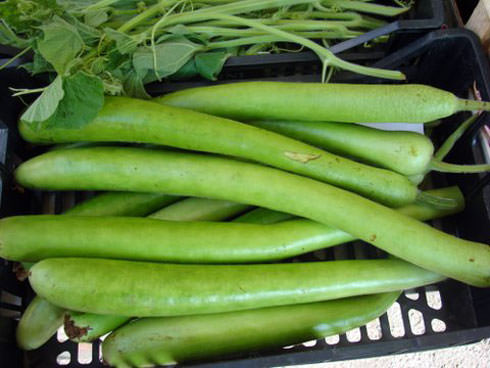 Famous among Sicilians, the cucuzza squash is now available all over Italy.

Italians call this edible gourd, which is commonly grown in Sicily, cucuzza (pronounced ku-kootz). The botanical name is Lagenaria siceraria, but that doesnâ€™t tell one much, because that particular species is loaded with different varieties.

This edible variety of squash is a close cousin of round, fruited calabash or water gourd or birdâ€™s-nest gourd. There are a lot of different Lagenaria species, including dozens of different-shaped, hard-shell gourds, but I think the cucuzza might be the most robust of all the squash vines. Iâ€™ve had birdâ€™s-nest gourd plants grow 30 feet in length, and Iâ€™ve heard stories of Lagenaria vines climbing up onto telephone wires. These Lagenaria squash plants are from the Old World, around India, and they are generally even hardier than the Native American curcubita gourd squashes.

Cucuzza are straight, green gourds, sometimes with a slight bend. The look sort of like trombette squash, but the skin is a darker green and much harder. The form is different as well, since cucuzza generally taper uniformly from the thinner neck to the base, which is perhaps twice the diameter. Trombette often have a thickened knob at the end of their fruits.

Cucuzza are as easy to grow as any squash. Commercial growers of cucuzza grow a lot of them in greenhouses, so that means they usually hand-pollinate the big, white flowers. I think the best growing systems include a trellising system that allows the vines to sprawl across a horizontal gridwork in such a way that the 2- and 3-foot-long fruits can hang down vertically. Many growers think that cutting the rampant vines short keeps the plant setting more flowers and producing successive crops of the fruit.

My own Lagenaria vines were like most winter squash vines in that, at the end of the season, they weren’t beautiful, and the once-bright-green leaves were usually white and yellow, having been ravaged by mildew. In general, the crop has always been both easy and fruitful for me.

The young cucuzza fruits, which are usually about 18 inches to 2 feet long, can be cooked just like a summer squash, except that they should usually be peeled beforehand. Some cooks like to take out the seeds because they can be fairly large, even in the younger fruits. The cucuzza is an emotional favorite of Sicilian cooks and diners, and Sicilian cookbooks are full of cucuzza recipes.

There are so many fun varieties of Lagenaria, that Iâ€™m sure the future will see many more small farmers in the United States cultivating this crop. Some of these farmers will become the United States cucuzza-growing champs, while others will offer a few dozen of the different shapes these squashes offer, selling their plants in spring.