I have a new favorite flower for the cutting garden! Although I often keep the wild Queen Anne's lace seedlings that pop up in my garden just so I can cut the flowers and use them in bouquets, this pretty little annual has a similar look and feel. 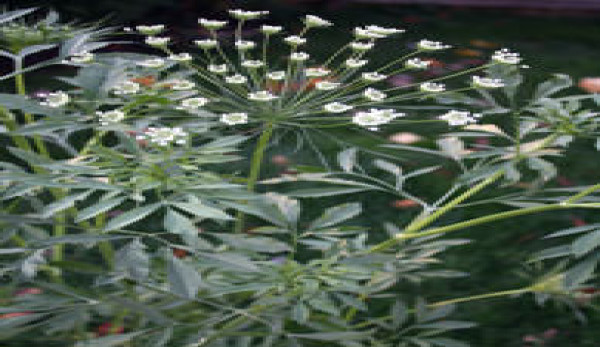 I have a new favorite flower for the cutting garden! Although I often keep theÂ wild Queen Anne’s lace seedlings that pop up in my garden just so I can cut the flowers and use them in bouquets, this pretty little annual has a similar look and feel. But unlike Queen Anne’s lace, it doesn’t seed like crazy and take over the garden. Ammi majus, commonly known as false Queen Anne’s lace or laceflower, is a member of the carrot family. Unlike true Queen Anne’s lace, which is a biennial, laceflower is a nonhardy annual. It is native to parts of Europe and the Middle East.

The white, umbrella-like clusters of flowers reach up to 5 inches across and are welcoming to many different beneficial insects, including parasitic wasps, minute pirate bugs, syrphid flies, lacewings and ladybugs. Laceflower thrives in full to partial sun and requires little more than average garden soil with a dose of organic matter. Because it is an annual, plan to plant new seeds each spring, though in many situations, laceflower does self-sow. A sister species, Ammi visnaga, is known as toothpick weed and bears similar flowers but has fine, feathery foliage.

Laceflower is a reasonable substitute for true Queen Anne’s lace and has a far reduced tendency to run amok. The two plants are so similar in appearance that you may have a hard time telling them apart. Laceflower’s blossoms last five to seven days in the vase and make a great filler to bulk up bouquets.