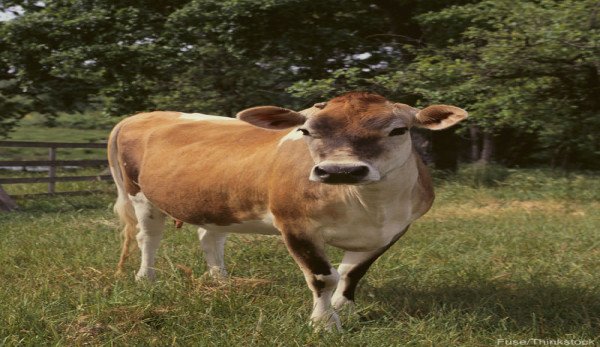 The health of dairy cows after giving birth plays a big factor in the quantity and quality of the milk the cows produce. Now researchers at the University of Missouri have found that subclinical hypocalcemia, the condition of having low levels of calcium in the blood that occurs in many cows after giving birth, is related to higher levels of fat in the liver. John Middleton, a professor in the MU College of Veterinary Medicine, says these higher levels of fat are often precursors to future health problems in cows.

“We found that about 50 percent of dairy cows suffered subclinical hypocalcemia and subsequent higher levels of fat in the liver after giving birth to their calves,” Middleton says. “These higher levels of fat in the liver are often tied to health problems in dairy cows, including increased risk for uterus and mammary infections, as well as ketosis, which is a condition that results in the cows expending more energy than they are taking in through their diet. All of these conditions can decrease the amount of milk these dairy cows will produce.”

Middleton, along with Jim Spain, MU vice provost for undergraduate studies and professor of dairy nutrition in the MU College of Agriculture, Food and Natural Resources, studied 100 dairy cows over two years to determine how subclinical hypocalcemia affected the health of the cows after they gave birth. Previous research done at MU has found that these issues also have a negative impact on cow fertility and reproduction. While the researchers didn’t find any direct links to health problems, they say correlations with higher levels of fat in the liver call for further research into the health implications of low blood-calcium levels.

Dairy cows begin producing milk after giving birth, and continue for 11 to 12 months until they are “dried off” by a dairy farmer about 45 to 60 days before their next calving. To maximize the health of the dairy cows and the amount of quality milk they produce, Middleton recommends paying close attention to dietary management in the late dry/early lactating period, as well as providing supplemental sources of calcium during early lactation for cows at risk for subclinical hypocalcemia.

“Because our study suggests some potential risks for health issues in dairy cows with subclinical hypocalcemia, it is important for dairy farmers to monitor these levels in their cows,” Middleton says. “For herds experiencing a high incidence of subclinical hypocalcemia around the time of calving, adding anionic salts to their diets or providing calcium solutions orally or by injection at the time of calving could be beneficial to their overall health and productivity.”