How to Choose Among Breeds of Dairy Goats

Climate, milk production, health and your own personal preferences are among the consideration when choosing among breeds of dairy goats. 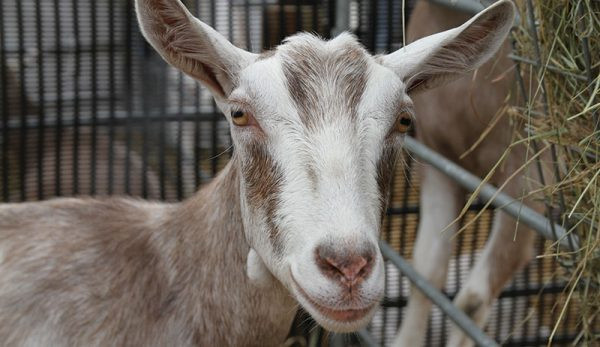 Of more than 200 goat breeds worldwide, the ones called dairy goats produce more milk than they need to raise young to weaning age. In the U.S., we have six main dairy breeds: Alpine, LaMancha, Nubian, Oberhasli, Saanen and Toggenberg. Two other popular breeds are the Sable, which is a Saanen of a different color, and the diminutive Nigerian Dwarf.

In choosing a breed for dairy goats, consider one that appeals to you in terms of coat color and ear styleālong floppy ears, pointed ears or no ears. Also consider the goatās size relative to your own sizeāa smaller person might prefer a smaller breedāand the amount of space available for keeping goats.

Climate is yet another consideration. Alpines, Ober-haslis, Saanens and Toggenburgs originated in the mountains of Switzerland and are grouped as Swiss breeds. They have upright ears, straight or slightly dished faces and shaggy coats for warmth in cool climates.

LaManchas, Nigerian Dwarfs and Nubians are called the desert breeds. The Nigerian Dwarf came from West Africa; the Nubian, from the desert areas of the Middle East, North Africa and India; and the LaMancha, from Spain by way of Mexico. These short-haired breeds thrive in warm climates.

By far the most important considerations for dairy goats are health and milk output. Donāt be shy about asking to examine health and milk records of a doe you intend to buy. With a doeling (young female), you can get a good idea how well she will milk when mature by looking at her damās (motherās) record. The milkās butterfat content (aka cream) is also a consideration. In general, Swiss breeds produce more milk with less fat, while desert breeds produce less milk with more fat.

Milk output with dairy goats varies not only with breed but also age, diet and stage of lactation. Output is greatest about a month after a doe gives birth and gradually declines. Itās measured on an annual basis, as pounds per year. Because 1 pint of milk weighs about 1 pound, you can easily convert pounds of milk into the familiar measure of pints and quarts.

Goats are social animals, so at least two are needed to keep each other company. But they neednāt be the same breed. Hereās a quick description of each breed of dairy goats.

Also called French Alpine, this goat has a two-tone coat in several color patterns, each with a specific nameācou blanc, sundgau, chamoisee and so forth.

A mature doe weighs at least 135 pounds and is 30 inches tall at the withers. The Alpine averages the greatest milk output at 2,588 pounds per year with 3.3 percent butterfat.

This calmest and friendliest of the breeds of dairy goats comes in nearly any color a goat can be. LaManchas are easy to recognize because they have tiny ears (elf ears) or no visible ears (gopher ears). A mature doe weighs 130 pounds or more and is at least 28 inches at the withers. Average milk output is 2,261 pounds with 3.7 percent fat.

These miniature dairy goats have upright ears and come in all colors. They produce less milk than full-size goats but are ideal for a small family or a limited yard. Ideal weight of a mature doe is 75 pounds, and maximum height is 22Ā½ inches. Average milk output is 741 pounds with 6.4 percent fat for does from a milk line, rather than pet stock, although milking small teats can be difficult for large hands.

Also known as Anglo-Nubian, this breed comes in many colors, most commonly bay or black, and is the most energetic and talkative dairy breed. A Nubian is easy to identify by its rounded face (Roman nose) and long floppy ears. A mature doe weighs 135 pounds or more and is 30 inches or more at the withers. Average milk output is 1,973 pounds with 4.7 percent fat.

Also known as Swiss Alpine and relatively rare in North America, this breed is reddish brown with black markings (or sometimes solid black) and is known for its gentle disposition. A mature doe weighs 120 pounds or more and is at least 28 inches high. Average milk output is 2,217 pounds with 3.8 percent fat.

The most popular breed worldwideāoften referred to as the Holstein among dairy goatsāthe Saanen is a white goat with a mild temperament. A mature doe weighs 135 pounds or more and stands 30 inches at the withers. The Saanen averages 2,772 pounds of milk with 3.3 percent fat.

This goat is simply a Saanen thatās any color but white, typically ranging from tan through black. Average milk output is 2,316 pounds with 3.3 percent fat.

This gentle, friendly goat (pictured at the top of this post) has white ears, white face strips and white stockings on a brown coat that ranges in shade from light fawn to dark chocolate. A mature doe weighs 120 pounds or more and is at least 26 inches high. Average milk output is 2,203 pounds with 3.2 percent fat.

Milk output and butterfat averages in this article are based on 2016 statistics published by the American Dairy Goat Association.

Gail Damerow lives on a farm in Tennessee where she and her husband keep poultry and dairy goats, tend a sizable garden, and maintain a small orchard. Gail has authored more than a dozen books, including Storeyās Guide to Raising Chickens and The Backyard Homestead Guide to Raising Farm Animals. She blogs at gaildamerow.com.