How to Choose Dairy Sheep for Your Farm

If you love tasty milk as well as incredible homemade cheese and yogurt, consider getting dairy ewes. Here are things to consider before you buy. 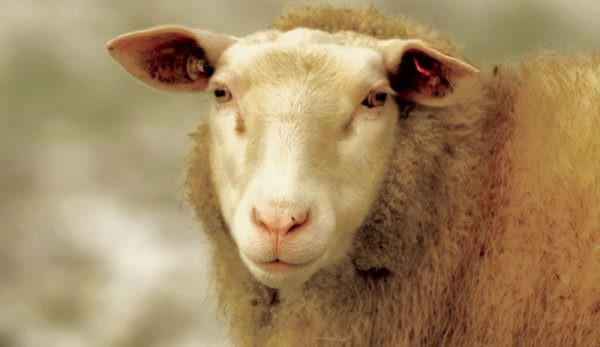 Sheep milk is rich, creamy and highly nutritious. Itâ€™s richer in calcium, phosphorus, magnesium, conjugated linoleic acid, and vitamins A, B and E than cow milk. Plus, its fat globules are smaller, making it easier to digest. Perhaps best, its solids content far outshines all others, even goat milk, making it the perfect medium for crafting cheese.

If you love homemade cheese, creamy yogurt and incredibly tasty milk on your cereal, consider adding a few dairy ewes to your hobby farm menagerie. But be prepared. Consider the following before you buy.

Sheep crave the safety of a flock, so a lone sheep is a stressed sheep. Stress leads to increased parasite loads, depressed immune systems and unhappy sheep. Most researchers say a flock should contain at least three sheep, but a pair of bonded buddies generally suffices. You shouldnâ€™t keep just one sheep.

If you donâ€™t need at least two ewes for milk, keep a castrated male for a single milkerâ€™s companion. A friendly goat, camelid or pony might also work, depending on the individuals involved, but a second sheep is always best.

Also, sheep are strongly wired to stay alert and flee from danger. This makes them more reactive than most other barnyard species. Itâ€™s not a bad trait, but itâ€™s something to factor into daily handling, especially on the milking stand. A soft voice and lots of kindness go a long way when handling sheep.

If youâ€™ve milked cows or goats, you already know how much time it takes. If you havenâ€™t, consider that a milking ewe doesnâ€™t allow for holidays, sick leave, nasty weather or weekend sleep-ins.

You or a reliable helper must milk once or twice a day, every day, at roughly the same time, throughout your eweâ€™s lactation. Youâ€™ll also need to have her bred, be with her for lambing and deal with caring for her lambs. If that sounds like more than youâ€™re willing to take on, donâ€™t try dairying, sheep or otherwise.

Before buying or even choosing a breed, decide what you need from your sheep. Do you want to raise sheep for only milk? How much milk? Do you want milk and wool? Are meaty lambs part of your vision? Are hardiness and flightiness important?

The best bets for high production and long lactations are East Friesian and Lacaune dairy sheep, or crosses of these two breeds.

East Friesian sheep are fairly readily available German sheep that typically produce about 1,000 pounds of milk during a 220- to 240-day lactation. The East Friesian is also a wool breed that shears a 9- to 12-pound, 30- to 35-micron, low-luster fleece, with a staple length of roughly 4 to 6 inches. Most East Friesians are white, but a dark brown strain is also available. East Friesian ewes average slightly more than two lambs per lambing, and, bred to heavy breed rams, their lambs are quite meaty. East Friesians are typically docile and friendly, but theyâ€™re not particularly hardy.

Lacaune sheep are improved French dairy sheep that give slightly less milk than East Friesians, but the milk contains more milk solids. Plus, Lacaunes are hardier sheep. Authentic French Roquefort cheese is crafted using certified Lacaune milk. These are technically wool sheep, but their heads, legs and bellies are wool-free and they tend to shed much of the rest of their fleece, so raising them for wool is counterproductive.

Awassi sheep are fat-tailed dairy sheep that originated in the Middle East and are still rare in North America. Theyâ€™re prolific milkers, second only to East Friesians in production. Theyâ€™re exceptionally hardy carpet-wool sheep that come in many colors.

Assaf sheep are spin-offs created in Israel by crossing Awassi with East Friesians. The Assaf is a dual-purpose wool-and-dairy breed and, like Awassi, is difficult to find and buy in North America.

Several nondairy breeds produce enough milk during a long enough lactation to warrant milking them, especially because sheep milk freezes beautifully, and itâ€™s easy to save up enough for making cheese. The best of these are Icelandics, a triple-purpose wool-milk-and-meat sheep, and Katahdins, a popular, parasite-resistant hair sheep breed.

Ewesâ€™ udders are placed back farther than those of goats or cows, essentially positioned between their hind legs, so you milk sheep from the rear.

Udders differ by individual. The ewes you choose should have soft, pliable udders with two teats â€” no more, no less, not even nubs. Extras are considered supernumerary teats. Supernumerary teats are often blind teats, meaning they have no opening to the outside, a condition that can lead to serious udder diseases such as mastitis. Each teat should have a single orifice on the end.

If you hand-milk, make sure the teats are big enough to grasp with at least your thumb and two fingers. Feel the udder carefully, checking for lumpy scar tissue that can indicate past rounds of mastitis, which tends to recur.

It takes good feed to produce a decent supply of milk. In addition to high-quality forage, meaning rich pasture or legume hay, dairy ewes need a measured amount of concentrated feed such as a homemade mix formulated by a nutritionist or a good commercial sheep feed.

They need access to clean water and sheep-specific minerals at all times of the day. Take care that they arenâ€™t exposed to commercial feed or minerals formulated for other species such as goats, horses or cattle. These contain copper, which can slowly accumulate in a sheepâ€™s liver and contribute to copper toxicity. In time, too much copper can kill a sheep.

If all this sounds good, you might be ready to give dairy sheep a try. Do some more research, and donâ€™t be sheepish.