8 Ways To Recognize Your Bees Are Experiencing A Dearth

When nectar stops flowing during the summer, your bees will exhibit unusual behavior. Here are the signs that your hive is in a dearth. 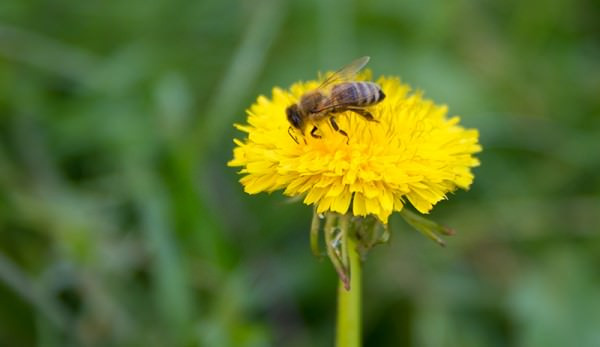 You’ll reach a point in summerâ€”and it’s different for every areaâ€”where the season heats up, the flow of nectar slows and the bees reduce their activity. This is not thier choice. If it were, they’d work every day, all day, all year long. This period in the season is called a dearth. If it’s long, hot and dry, some bees might struggle. If it’s shorter, they bounce back quickly. (Just the same, don’t harvest honey just yet.) Knowing when this time rolls around each year is more of an art than a science. Recognizing a dearth requires a keen eye to the winds (and rains) and an ear to the bees. How do you know the dearth is on in your area? Here are eight ways to tell.

One of the first things you’ll notice is the sound. The hives are louder during a dearth, seemingly more agitated. Bees will move around the outside of the hive, and it will almost seem as if they’re swarming.

You might see robbing in progress (where foreign bees, of the same or other species, attempt to steal honey from your hives), or you might see the aftermath. The aftermath can be brutal: dead or dying bees around the front entrance of ground in front of the hive.

If you’re watching the bees in the garden, you might see your workers on flowers they normally pass over.

Again, if you’re watching foraging bees closely, you’ll see some unusual activity during a dearth. You might also see foragers revisiting the same flowers they just left. They’ll bounce back and forth from the same few flowers in the same proximity. This behavior rarely happens during good honey flows.

Dearth bees dart and meander. They fly low to the ground and mill around. They’ll come up to you curiously and investigate everything with less urgency than they would have during a flow. Compare this to the directed, focused flying of a forager in times of nectar flow, and the difference will be obvious.

Bees desperate for nectar will investigate anything with a floral scentâ€”including you, your perfume or any fragrances you’re wearing.

Honeybees in a dearth might move about aimlessly. Without the directed purpose of collecting honey, they search, crawl around and forage for water.

Your previously gentle bees might seem a bit more worked up during a dearth. They might be more defensive of the hive in general. This is normal, especially if you consider there’s always the potential for robbing at this time.

The sad truth is that there’s not much we can do about the dearth while we’re in it. It’s part of the flow of the season, and we have to roll with it. What we can do as beekeepers is anticipate the dearth each year. This means keeping your spring honey harvests modest, and saving a bit of honey to feed back to your bees if they’re in a tight spot during the dearth. Certainly don’t harvest honey at this time, that’s for sure. Otherwise, keep a close eye on your hives, and ride it out with them.